An iPhone alarm glitch snuck up on iPhone users over the New Year’s holiday, leaving many without a suitable wake-up option. How can you manage until Apple releases a remedy? Read on. 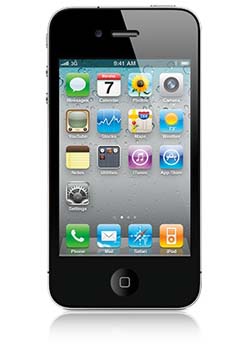 How did your first morning back to work after the holidays go? If you’re like many iPhone owners, not so well.

An iPhone alarm glitch caused many iPhone owner to oversleep after the year switched from 2010 to 2011 and we’re sure this made more than a few people late for work this morning.

iPhone alarm glitch: What can you do?

Apply said they are working on the problem and expect to announce a remedy to the iPhone alarm glitch shortly. Some iPhone users reported that simply rebooting their phones helped fix the alarm, but others said that didn’t work for their phones.

In the mean time, it’s best if you rely on another way to wake up in the morning. The best (and decidedly low-tech) way is to set one (or more!) bedside alarms. These are available at mass retailers for a relatively inexpensive price if you don’t already have one.

Not ready to give up on your hi-tech wake-up call yet? You’re in luck. The tech blog Mashable posted a few of the best iPhone alarm apps available in the iTunes store. You’re sure to find one or more that will fit your needs. Options include:

What ways have you found to get around the iPhone alarm glitch?