If your New Year involves globe-trotting to faraway places, lacing up your running shoes on a bleary-eyed, jet-lagged morning may be the key to discovering corners of the city you might otherwise miss. Get your endorphins buzzing during your international travel with these picks for best urban runs around the world. 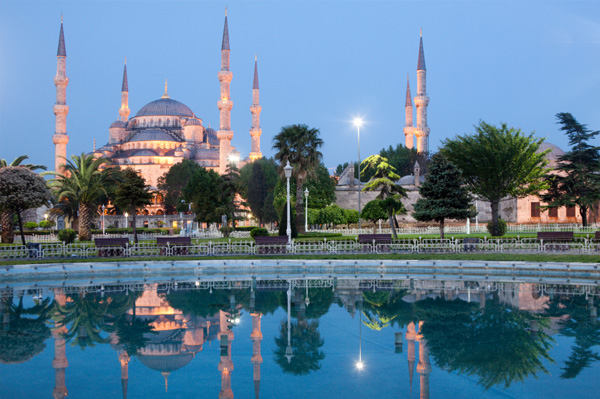 Take to the streets of this East-meets-West metropolis in the old city of Sultanahmet. Head down to the paved path along the Sea of Marmara and Bosphorus Strait. Unearth the history of Constantinople’s ancient past running along the old city walls of the rocky waterfront. Following the wafting scent of grilled fish sandwiches, cross the Galata Bridge to trendy Beyoglu, enjoying the panorama of a skyline of minarets and mosques.

Kick off your day with a run in San Telmo, Buenos Aires’ most historic neighborhood. As the cradle of the tango, you’ll wind down narrow, cobblestone streets housing milongas, or local tango clubs. Jog along the tree-lined lanes and be sure to peep into San Telmo’s famed antiquarians, housing timeless treasures in century-old homes. Finish up your run in Plaza Dorrego, admiring the colonial architecture and taking in the magic of Argentina’s colorful past.

Explore one of Paris’ flagship neighborhoods on a run through Montmartre. In this bohemian hilltop enclave, you’ll past windmills and cabarets, wending your way to the highest point in Paris, the white basilica of Sacré Coeur. After admiring breathtaking views of the world’s most romantic city, wind down through Montmatre’s north slope, past the studio and lofts where Van Gogh once lived and painted. You’ll need a triple espresso to snap out of this runner’s high.

Set your day in motion with a jog through The Domain, the green space on the eastern edge of the business district buzzing with active Sydneysiders. Continue northeast to the heart of the harborside suburb of Woolloomooloo. Pass the naval dockyards until you reach the Finger Wharf, home to some of Sydney’s most famous residents. Follow the path to the leafy peninsula known as Mrs. Macquaries Point, where you’ll reward yourself with a postcard-perfect view of Sydney Harbor.

Up next: More running and walking trails around the world >>