The Geminid meteor shower will be on full display tonight, Dec. 13. Want to check out the annual star spectacular? Read on to find out how! 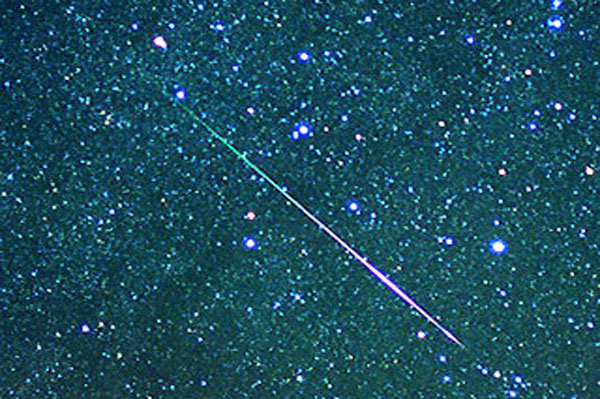 Looking for a reason to go outside tonight? Well, if you’re in much of the country affected by blizzards, probably not.

But, you should. Tonight marks the peak of the Geminid meteor shower, so we strongly advise you to bundle up and go outside for a peek (as long as the skies are clear.)

The Geminid meteor shower is an annual event that usually occurs in mid-December. Astronomers say Geminid will reach its peak tonight and early tomorrow morning — it boasts over 1250 meteors per hour! That’s quite a show.

When the Geminids first appeared in the late 19th century, shortly before the U.S. Civil War, the shower was weak and attracted little attention,” NASA officials said in a statement. “There was no hint that it would ever become a major display.”

“The Geminids are my favorite, because they defy explanation,” said NASA astronomer Bill Cooke, a meteor expert at the agency’s Marshall Space Flight Center in Huntsville, Ala, in a statement.

Astronomers say that the best time to view Geminid will be around 6 am Eastern time. Planning on checking out the show? Do a little prep beforehand to enhance your viewing pleasure.

“At this time of year, meteor watching can be a long, cold business,” SPACE.com’s skywatching columnist Joe Rao told CBS News. “You wait and you wait for meteors to appear. When they don’t appear right away, and if you’re cold and uncomfortable, you’re not going to be looking for meteors for very long. Therefore, make sure you’re warm and comfortable.”

Rao recommends warm coats, blankets and reclining lawn chairs to help enhance your Geminid viewing experience. Also, city lights can detract from the experience, so consider going outside city limits to get the best view.

“Look for state or city parks or other safe, dark sites. Lie on a blanket or reclining chair to get a full-sky view,” StarDate magazine advised in a statement. “If you can see all of the stars in the Little Dipper, you have good dark-adapted vision.”

Can’t get enough of the Geminid meteor shower? You aren’t alone. NASA is holding an “Up All Night” event from the Marshall Center in Huntsville, Ala. They’ll also have a web chat with Astronaut Cooke starting at 11 pm Eastern.

Will you be watching?