The Sony Dash is Sony’s latest device that lets you watch and share photos and videos on the go. Is it better than the Apple iPad or the Samsung Galaxy? 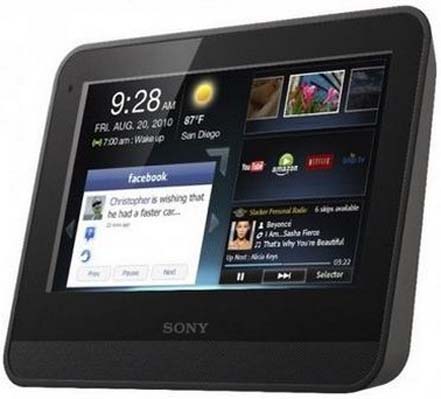 Is the Sony Dash a new version of the iPad?

No, says Sony. It’s a personal Internet Viewing Device, not to be confused with a tablet computer.

The Sony Dash isn’t supposed to be a thinner version of your laptop. Instead, it looks more like a mini-TV with its 7-inch screen. The company describes it as a way for users to watch and share video over social media platforms and streaming media like YouTube and Hulu.

Sony Dash and Hulu team up

The Sony Dash hit national consciousness when video streaming site Hulu announced that the Sony Dash will be easy to use with their paid Hulu Plus service. Hulu Plus allows users to suscribe for a monthly fee of $9.99 to access hundreds of hours of TV without the limitations of the free Hulu service.

“The addition of Hulu Plus serves as an ideal example of how Dash continues to evolve and improve over time. With Hulu on board, the Dash platform has the ability to deliver a huge variety of online entertainment instantly to consumers? homes on top of glanceable, real-time tidbits of information,” Sony Vice President Brennan Mullin said.

How much does the Sony Dash cost?

The Sony Dash is available for $199 — much cheaper than the iPad and other tablet computers. Will people use it? Time will tell.

Will you buy the Sony Dash instead of the iPad or Samsung Galaxy? Why or why not?