Taiwanese animators take on Black Friday with their hilarious YouTube video. Read on to see what they have to say about our Black Friday obsession! 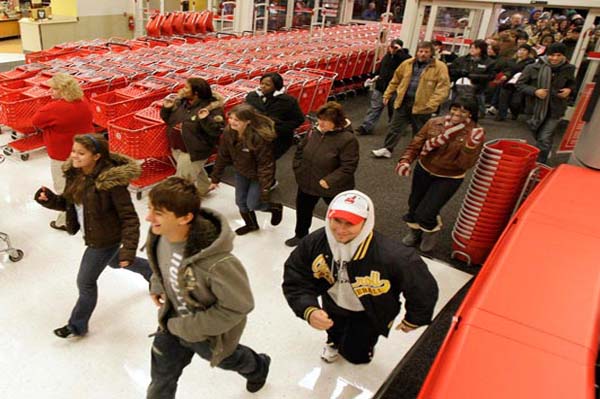 The NMA video, recorded in Mandarin Chinese and dubbed into English, takes a comedic stance on Black Friday by showing WalMart shoppers racing toward deals. Women fight. Men blow each other up in Grand Theft Auto: Black Friday edition.

The NMA video may be funny, but it also strikes a divide between continents. In the video, NMA says how many Asian jobs depend on the buying habits of Americans since so many products are manufactured overseas. It’s kind of sobering to think how our holiday shopping can have such an impact on the world’s economy.

In any case, take a break from Black Friday planning and watch the NMA video — it’s important to laugh at ourselves, right? Also, check out the other NMA videos — they’ve satirized everything from TSA screenings to The Jersey Shore. We can’t stop laughing!