The SNL comedians made fun of the TSA screening controversy with their SNL TSA skit. Did you get a laugh out of it? 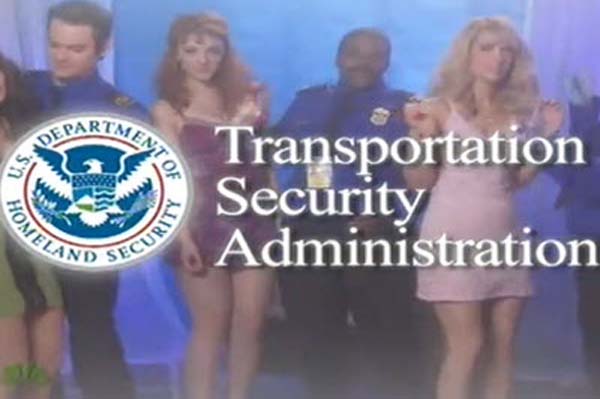 Hey, have you heard that there’s a controversy about full-body scans and pat downs at airports?

Right. It’s been all over the news in the past week. “Don’t touch my junk” became a traveler’s rally cry after San Diego man John Tyner recorded his conversation with a TSA agent.

The SNL TSA skit took on the controversy with a hilarious skit in their latest episode. The ad, fashioned to look like one of those phone sex hotline commercials, features hot SNL ladies with their come hither looks. Oh, did we mention the not-so-hot TSA guys are there too?

The skit suggests that you should head on down to the TSA security line if you’re needing a little, ahem, stimulation. Many critics of the TSA searches liken it to a form of sexual assault due to the aggressive nature of the rub downs.

The end of the SNL TSA skit sums it up nicely — the women featured in the video say they could be the ones searching you at the security line.

“But it’s probably gonna be us,” SNL comedian Kenan Thompson deadpans in character.

And this is the sad reality of modern-day travel. Check your privacy at the door, folks, because their rub downs are about as impersonal as it gets.

How do you feel about the new TSA body scanners and pat downs?