The third international Cougar Cruise is set to sail in December. Who really goes on these cruises? 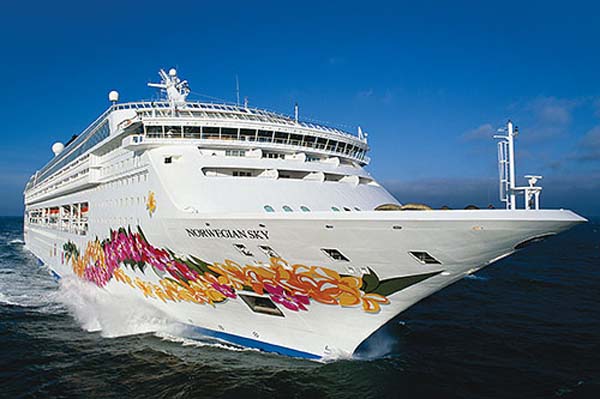 Amy Luna Manderino is ready to have some fun with a few of her like-minded peers. You see, Manderino is a cougar. No, she’s not an animal — she’s the type of “older” women that like to date younger men, also called “cubs.”

How is Manderino going to meet all these young, studly cubs? On the fourth third installment of the Cougar Cruise, a three-night Bahamian cruise departing from Miami on Dec. 3rd.

The cruise is organized by The Singles Company and The Society of Single Professionals that they bill as “a weekend of fun, dining, dancing and partying!” for young men and older women.

More than 100 people have signed up so far, according to concept creator Rich Gosse. Unfortunately, there aren’t enough Cougars to go around for all the virile young men. Gosse told CNN that Cubs are outnumbering Cougars by 3 to 1. They’re actively looking for more Cougars to help level the (player’s?) field.

“It’s just a lot of cougars and cubs who get together and party ’til you drop,” Gosse told CNN.

However, 100 people don’t fill up a cruise ship — so organizers simply subleased a portion of another cruise. Cougars and cubs wear special bracelets while on-ship to identify one another.

Manderino, a professional dancer living in Berkeley, Calif., was crowned “Miss Cougar East Bay” in San Francisco in September. She won the trip with her “crown” and is looking forward to meeting eligible singles on the cruise.

“I’m just going to have fun with a bunch of people who are there for the same reason. I don’t have an agenda for the cruise, just have a good time and meet people,” Manderino told CNN.

This sounds like a terribly tacky way to meet eligible singlers. No matter — do whatever floats your boat!

Would you ever consider going on a Cougar Cruise?