Sylvania just released their Sylvania Android 2.1 tablet in time for the holidays. What makes this gift different from the iPad, Galaxy Tab and other tablet computers on the market? Read on! 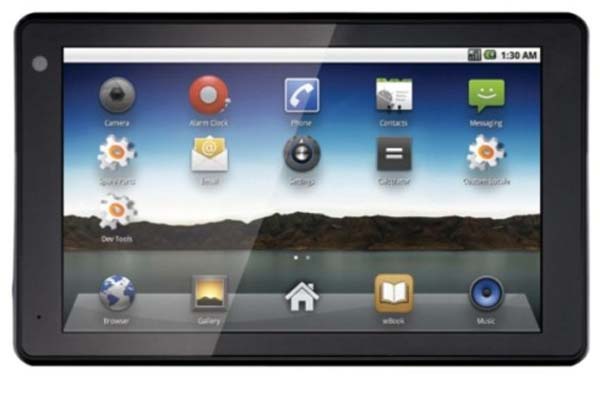 Apple’s iPad. Samsung’s Galaxy Tab. HP’s Slate 500. What do they all have in common? They’re all the latest and greatest of tablet computer technology. What else? They’re all rather expensive — we’re talking hundreds of dollars.

What about those of us that can’t afford the expensive iPad or Samsung Galaxy Tab? There’s hope! The Sylvania Android 2.1 tablet was just released at K-Mart in time for the holiday season – and it’s cheap! You can get your mitts on this tablet for a mere $180.

K-Mart was smart to unveil this new offer just in time for the holidays. You can buy it both online and in-store right now for $149.99. Also, the just-leaked Toys R Us Black Friday ad shows the tablet for a super-cheap $139.99. We’re not sure how long this deal with be around, so be sure to take advantage of it while it’s offered.

Of course, there are plenty of other electronic deals in time for Black Friday 2010 — check out some of the leaked ads for Black Friday and Cyber Monday to get your shopping lists started. You better hop on it — we’ve already made our lists and checked them twice.

More new gadgets for the holidays