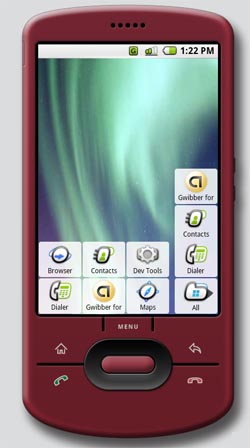 The BlackBerry might be going the way of the brick phone (remember those?) if Android sales continue to heat up.

Google’s flagship phone outsold Research in Motion’s BlackBerry devices nearly 2-to-1 during the third quarter of 2010 and 44 percent of smart phone buyers purchased an Android phone, according to the market research firm NPD.

BlackBerry on the decline

iPhone is still the most popular

Despite Android’s growing clout, smart phone users reported that they preferred the iPhone 4 over any other device, followed by the BlackBerry Curve 8500 series. The Motorola Droid X comes in at fourth place.

More devices on the market

More smart phones are slated to enter the market, including the release of the BlackBerry Bold 9780 and the Windows 7 phones on Monday. It could get even more interesting if the iPhone expands to Verizon in early 2011, like its widely believed to.

Nielsen, another market research firm, says that 41 percent of mobile users opt for smart phones, an increase of 6 percent over early 2010. It’ll likely that number will only increase as time goes on.

Moral of the story? It’s a smart phone world and we’re just living in it.