T-Mobile announced Monday that the new BlackBerry Bold 9780 will go on sale Nov. 17. Why is this phone getting gadget lovers so excited? 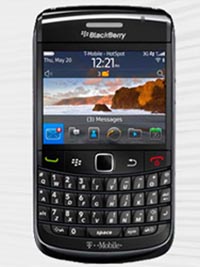 The BlackBerry Bold 9780 is getting a lot of Buzz with Techies around the world.

This feat is impressive for BlackBerry — the brand has always been considered the less-talented smart phone sibling to other gadgets like Apple’s iPhone and Google’s Android.

Now, the Bold is getting attention for all the right reasons.

On sale in November

Research in Motion, the company behind the BlackBerry, announced the new BlackBerry Bold 9780 last week, along with the device’s specifications. T-Mobile announced an on-sale date of Nov. 17 for the new phones, further exciting consumers pumped up by the initial announcement.

The BlackBerry Bold 9780 will run on RIM’s new BlackBerry 6 operating system with tabs enabled in the web browser. Users can also zoom or pan on websites, similarly to the iPhone. In addition, the Bold will feature a 5-megapixel camera and 512 megabyte internal memory and expandable Flash memory (up to 32GB.) The phone will also feature a “Feeds” app that will allow users to post simultaneously on Facebook, Twitter, MySpace and other social networks.

The BlackBerry Bold 9780 will cost considerably less than its iPhone counterpart. T-Mobile says the standard Bold model will retail for $129 for a two-year contract.