The HP announced the release of the HP Slate 500 tablet computer this week. The new device will compete with the Apple iPad, but is it worth it? 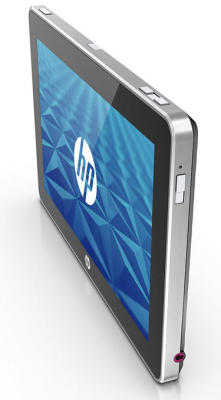 HP threw its hat into the computer table ring this week with the introduction of the HP Slate 500. The 9-inch tablet will compete with the iPad and other devices already available — except the Slate 500 will be marketed primarily to the business market.

At $799, the HP Slate 500 will cost nearly double the price of an Apple iPad. The tablet will run the Windows 7 operating system and include an Intel atom processor, 64 GB of storage, a front and rear camera and a digital stylus. It will connect to WiFi, but will not offer a wireless option.

The Slate 500 was first introduced earlier this year as a consumer device — but now, HP marketing materials show the Slate 500 used in a strictly professional format. In one video, a doctor updates patient records using the digital stylus, an insurance adjuster takes photos of a damaged vehicle using the built-in camera and a business man using the tablet’s speed to conduct a business meeting.

HP said they’ll planning to introduce a consumer version of the Slate 500 at some point in 2011. The company said it wants to wait until their $1.3 billion dollar takeover of Palm is complete before offering the consumer version.