Virginia Democratic Congressional nominee Krystal Ball is trying to save face after some racy party photos surfaced last week. What does her political embarrassment teach us about personal privacy? 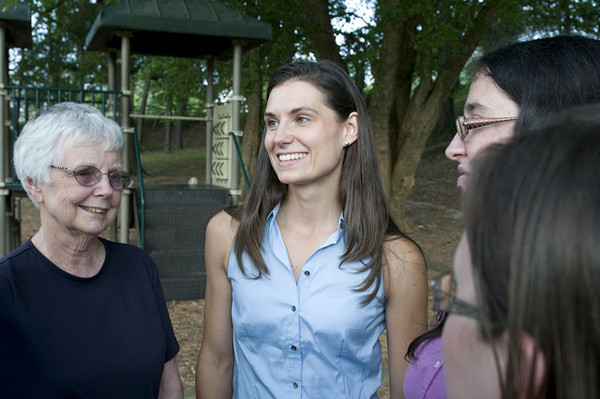 Virginia politician Krystal Ball was once young and dumb.

Imagine that — we are all were (or still are!) Unfortunately, not all of us are running for Congress.

Now the 29-year-old Democrat is facing some harsh criticism for a set of scandalous party photos that recently surfaced.

Ball wasn’t doing anything obscene or pornographic in the photos — she was simply posing for an impromptu raunchy photo shoot with friends, likely encouraged by a bit of spiked eggnog.

You can check out the (probably) NSFW photos here. The man in the photos is her now-ex husband, so she technically wasn’t doing anything that scandalous. Unfortunately, she should have thought twice before taking the photos and letting them get out.

Nothing is Private Anymore

The photos aren’t that bad — heck, we’ve viewed much worse on our own Facebook friends’ walls. And that’s exactly the point — nothing is sacred anymore.

Will it Affect Her Campaign?

The 29-year-old Ball is now making the round on the news networks to try and spin the situation in her favor. The question is, will it work when Virginia voters hit the polls November? We’ll have to wait and see.

Moral of the story: Think long and hard before posting your weekend party pictures on Facebook. It could come back to haunt you when you least expect it.