Windows and AT&T unveiled the new Windows 7 Phones on Monday. Will the HTC Surround, Samsung Focus and LG Quantum have what it takes to outsell the iPhone, Android and BlackBerry smart phones? 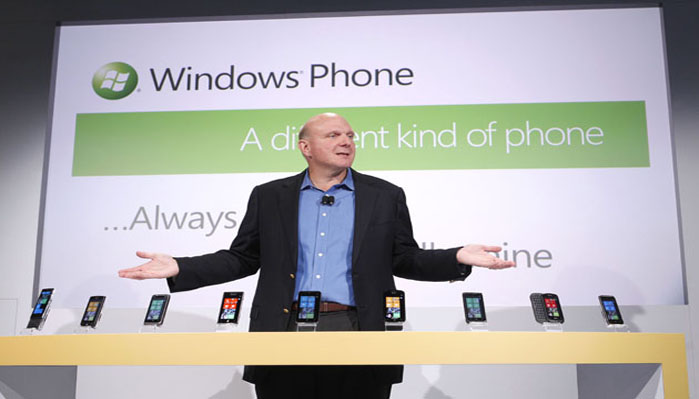 According to industry analysts, Microsoft is feeling the pressure to compete with other companies in the smart phone marker – namely Apple’s iPhone and Google’s Android. The pressure likely reached fever pitch las

The LG Quantum is a landscape slider phone with a 3.4-inch touch screen, 1GHz Snapdragon processor, DLNA connectivity and a 5-megapixel video camera. When released on AT&T, the LG Quantum will run $199 with a two-year service contract.

The HTC Surround is like a mobile entertainment center with slide-out speakers for Dolby surround sound, 16 GB of internal storage, 5 megapixel HD video camera, 1 GHz Qualcomm QSD8259 processor and — get this — a 3.8 inch touch screen with a kickstand so you can easily watch video.

The Samsung Focus is the thinnest of the Window’s 7 Phones. It boasts a 4-inch super AMOLED touch screen, 1 GHZ Qualcomm QSD8259 processor and a 5-megapixel video camera.

All Microsoft Phone 7 users who purchase their smart phones at AT&T stores will include AT&T U-verse Mobile, an app that gives users the option to download and watch television shows on their units. Subscribers will also have the ability to manage their home DVRs directly from the app. Impressive!