Tiger Woods Cigar Guy is making waves all over the Internet after a photographer caught him in a shot earlier this week at the Ryder’s Cup. Will he ever show his face? 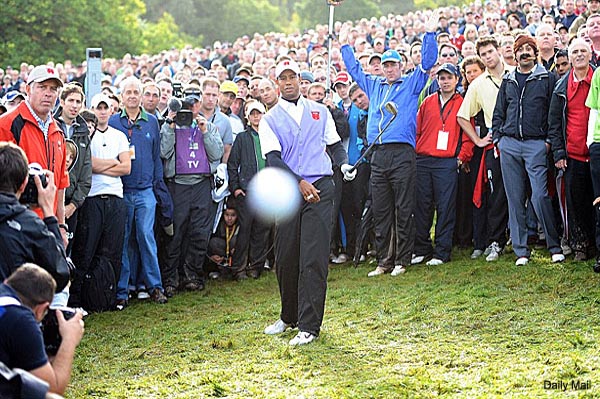 Tiger Woods is in the news, but this time it’s not because of his own indiscretions.

A photo emerged earlier this week showing Woods during play at the Ryder’s Cup. The golfer (accidently) driving his golf ball directly into the path of a photographer’s camera.

But, that’s not the amazing part.

Instead, a random spectator — dubbed the Tiger Woods Cigar Guy — is now an Internet meme, popping up in various forms all over the web.

Who is the Tiger Woods Cigar Guy?

No one really knows for sure. Some Internet experts hypothesized that the cigar-chomping spectator was clever Photoshop work, but the way other golf fans are standing it’s apparent he’s the real deal. His dumbfounded looked, matched with his huge stogie, is a hilarious addition to an otherwise-faceless crowd of spectators. 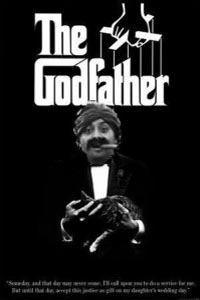 You know something’s an Internet sensation when it pops up in various forms in all corners of the web. Imitation is the sincerest form of flattery, right? Now some pioneering Photoshop experts have plastered Cigar Guy’s photo on everything from a photo of Mohammed Ali to a Cigar Aficionado magazine cover.

will he show his face?

A movie review website is offering a $100 reward for anyone who can reveal the identity of the Tiger Woods Cigar Guy. The man himself can even claim the reward if he comes forward. We say the smoking golf fan should show his face in public as soon as possible — after all, who wouldn’t want to bask in the glory of Internet stardom? It worked for ‘Bed Intruder Guy’ Antoine Dodson — he’s been interviewed by Katie Couric and made enough money to move his family out of Alabama’s public housing system.