Stink bugs are bringing their special brand of foul odor to homes and gardens in several east coast states. What do you need to know about these creepy crawlers to keep your home and family safe? 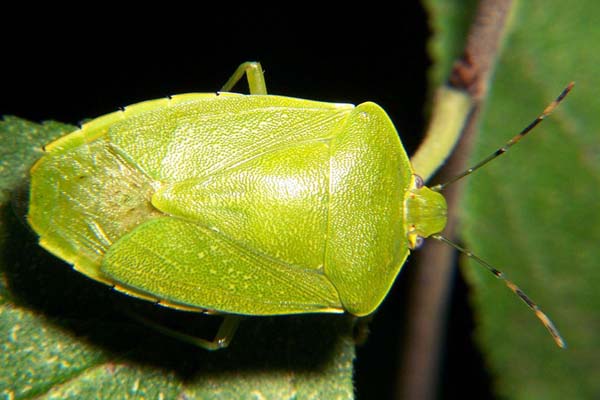 Hardly a day goes by without a news report of a bed bug breakout somewhere in the U.S. These creepy crawlers are enough to make our skin itch, but unfortunately they aren’t the only ones we need to worry about.

That’s right: Stink bugs are bringin’ their brand of foul odor to a town near you. Ick.

Stink bugs, or Halyomorpha halys, emerged in East Asia in the early ’90s, and hitched a ride to North America. Cases have popped up in homes in various parts of Pennsylvania, Virginia and New Jersey.

As you probably guessed, stink bugs get their name from their foul odor. The intense smell is sometimes compared to skunks or rotten vegetables. Stink bugs can be a little hard to identify, as they come in yellow, red, brown white and a pale green color (as shown here). They’re usually found feeding off garden crops and can cause a great deal of damage to gardens if left untreated.

Luckily, they aren’t harmful to humans, except for their noxious fumes.

What to do if stink bugs get inside your house

The Loudoun County Government in Leesburg, Virginia, knows about dealing with these stinkers, and they offered these tips on how to control the bugs if they get inside.

>> How to naturally rid your home of bugs

The best bet to get rid of stink bugs is to make your yard a paradise for beneficial insects that will help control the stink bug population. For example, pill bugs (aka sow bugs, roly polys) eat stink bug eggs. You can also get rid of stink bugs with the careful use of insecticides — but be sure to get the opinion of a qualified exterminator in your area.

How to get rid of spiders & other bugs

59 mins ago
by Summer Cartwright