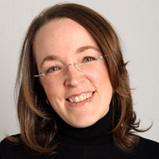 Could small boobs possibly be the newest fashion trend? Loving your body the way it is — now that’s a trend we’re on board for. It’s recession friendly, too.

The Web is abuzz lately with news of women celebrating the small chest. It all started last week when The New York Times reported that, contrary to what you might think, women who have small breasts like it that way.

I say that it’s about time we’re hearing more about this. I’d like to see this news get even more attention in the media, particularly in Hollywood. (Naturally, I would feel that way -0 being an “A” cup myself…)

Is the grass really greener?

Don’t get me wrong: If large breasts are your genetic destiny, there’s certainly plenty to love about your curves (such as cleavage!), and I’ve longed for a somewhat more ample bosom plenty of times (especially when trying on swimsuits).

We all know, though, that plenty of discomforts go along with curvaceousness.

Liposuction? I almost understand that. And I can see why someone would go for a breast reduction. This small-chested girl, however, has long wondered why so many women are willing to pay a lot of money and endure surgery to make life more physically uncomfortable! Then again, I’m (mostly) not one to torture myself in high heels, either, so I’ll probably never get it — especially when I hear about women who are so dissatisfied with having breast implants that they’re having them removed.

Loving the skin we’re in

The truth is, breast size doesn’t make us more or less beautiful any more than our wrists do. Our physical features are all just variations of “pretty,” all spicing up the complicated, and enormously subjective, stew of attraction.

I dream of a world for my three daughters in which they can love the bodies they were born to have. Given that at least some of them are going to have not-large boobs, I offer these:

5 Reasons to cherish that “A” cup & never get surgery

You can sleep on your stomach.

I really took that for granted until I was pregnant and nursing — and had bosoms that prohibited that sleeping position!

You can run, skip, hop and jump without pain. Large-boobed ladies know how painfully self conscious bouncing can make a girl.

You can wear cute bras.

You have access to a cute selection of bras, including petite bras with super skinny straps that don’t dig into your shoulders.

You can go free.

Small boobs stay perkier longer because they have less mass on which gravity can exert its influence.