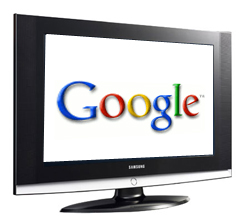 The way we watch television is about to change, thanks to the tech geniuses at Google. Essentially, Google TV will combine everything you love about the web, with everything you love about TV; you’ll be able to turn on your television and access all of the channels and shows you normally watch, while also accessing all of the websites you’d normally have to access through a computer (think YouTube). Sony, Logitech, and Intel have all signed on to the Google TV project, so has Blu-ray. Expected to be on the market in late fall, the big question surrounding the new technology is whether big time content providers (for example, your cable company) will make their services available to Google. Picture quality also may be an issue; image quality as seen on a computer screen is much different than image quality on a television screen. Still, Google TV is set to revolutionize the way we watch television.

23 hrs ago
by Kenzie Mastroe