For centuries, neem was one of India’s unofficial versatile treasures, known for its power to fend off and relieve illnesses. Today, it is a part of a growing class of natural pesticides and, potentially, a vital addition to any gardener’s arsenal. Many home gardeners favor the flora over synthetic products for stamping out insects and pests that ravage plants without causing harm to humans, wildlife, and the environment. The evergreen neem contains more than 70 compounds, like azadirachtin, which halt bugs from molting, feeding, and laying eggs. Neem is a natural alternative to toxin-rich, potentially health-harming pesticides.

Related story The Biggest Landscaping & Gardening Mistakes You're Making This Fall, According to the Stars of Backyard Envy 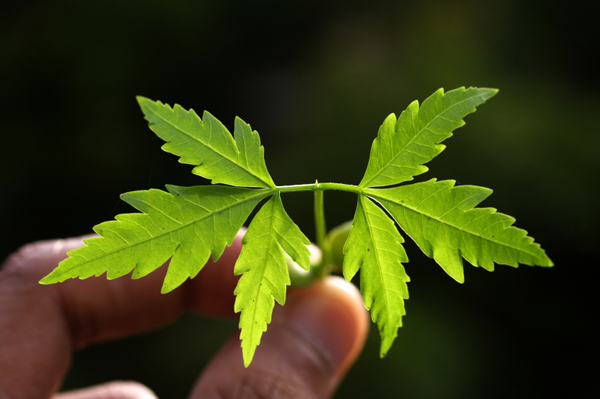 What exactly is neem?

Neem (Azadirachta indica) is a large evergreen tree native to India. It flourishes in hot, arid climates. Neem oil, the form of neem used as a natural pesticide, is extracted from seeds or kernels, though it can also be produced from the neem flower, bark or leaves.

Ayurvedic or traditional Indian alternative medicine practitioners revere the tree, often referred to as “village pharmacy” or “the divine tree,” for its therapeutic properties, which include antiviral, antifertility, antifungal and antibacterial. Neem oil remedies alleviate conditions like malaria, ulcers, athlete’s foot, boils, canker sores, and dandruff. It can be found in face creams, toothpaste, soaps, shampoo, and lamp oil, as well as other cosmetic and household staples.

As a biopesticide, the oil stalls over 400 insect species including cabbage worms, leaf miners, moth larvae, and whiteflies. According to the United States Environmental Protection Agency, it is safe for banishing bugs from food crops and ornamentals.

Azadirachtin, the active ingredient in neem oil, disrupts life cycle activities like molting by blocking the release of ecdysones or hormones, preventing larvae from reaching the adult stage.

“I think that larvicidal activity is probably the most important in the case of neem oil versus synthetic insecticides,” says Eugene Shultz, a Professor Emeriti of international and area studies at Washington University in St. Louis, Missouri and contributor to a 1992 National Academy of Sciences report Neem: A Tree for Solving Global Problems.

Several findings confirm neem as a potent pesticide including:

Consumers should be wary of commercial neem oil products that are azadirachtin-free, warns Opender Koul, insect toxicologist, director of Insect Biopesticide Research Center in Jalandhar, India and author of Neem: Today and in the New Millenium. Non-azadirachtin-based products may need higher concentrations for solid results, depending on the pest, he explains. “They are not as effective [as azadirachtin.]” Koul says, “It has been proved beyond doubt that azadirachtin is the most potent compound.”

Neem oil may rid plants of certain vermon, but not necessarily others, and that might help your garden in the long run. “It is good for aphids and mealybugs, both of which are common houseplant pests,” says Barbara Ellis, avid horticulturist and editor of Rodale’s All-New Encyclopedia of Organic Gardening. “It is generally safe around beneficials like bees and spiders,” she says, referring to the organisms that feast on pests that plague shrubbery.

Up next: Garden pest and neem oil precautions >>

1 hr ago
by Kenzie Mastroe