Do you or your child have fashion model aspirations? If you’re not already wary of seedy manipulation and exploitation, you should be! That doesn’t mean you shouldn’t pursue your dream, but you should be armed with information. Don’t miss this empowering advice from an industry insider! 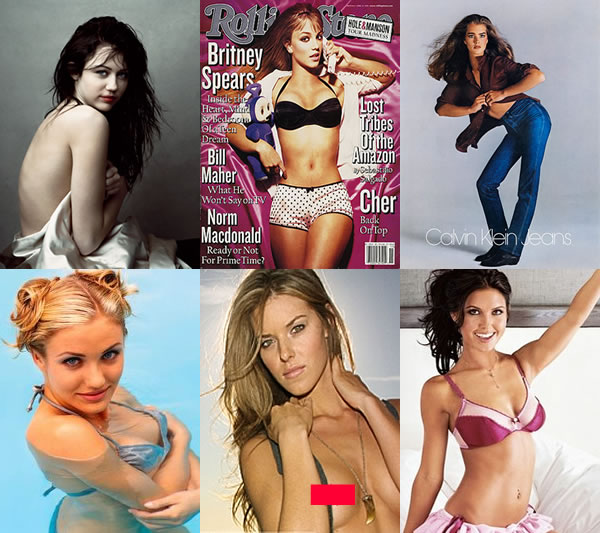 Plenty of nude or otherwise risque photos have come up out of the woodwork to claim the careers and credibility of Hollywood starlets. But the blame is not always theirs. Last month, several models came forward claiming photographer Terry Richardson acted inappropriately on set, even soliciting them to have sex with him and photograph him naked.

At some point, every girl has thoughts of being a model. All women may not grow up to be “supermodels” one day, but in the age of the Internet, it’s quite easy to give it a shot.

There is nothing wrong with this. Women should feel proud to celebrate their beauty, their elegance and love for fashion. And as parents, we all want to support our kids’ ambitions.

The problem is the allure of the “modeling industry” can often be blinding. Who isn’t attracted by the glam? Limousines, free Louboutins, fancy dinners, wads of cash, fame, exclusive parties, and glossy editorial spreads.

But as someone who has been in the entertainment business for a long time, in countless capacities, (model, photographer, producer, investor and more), there still exists a widespread problem few are willing to talk about: Girls are routinely deceived into posing for compromising sets.

The simple truth is, too often, young women are put in compromising positions by people with incredible influence. They are told that in order to “make it big,” they must do things that are beyond their comfort. Supermodel Rie Rasmussen and writer Jamie Peck recently revealed that famous photographer, Terry Richardson — who has shot iconic figures such as President Obama — pressured his models to perform sexual favors during photos shoots.

I got a sinking feeling in the pit of my stomach when I first read the news, and it hasn’t left. Every time I see one of Terry’s images, I cringe and wonder what was asked of the model after that photo was taken. What images of that model will appear later in books that she didn’t realize would be used?

When parents are the problem…

Regrettably, however, sometimes parents are the problem — not just the photographers.

Take Miley Cyrus and the Annie Leibovitz debacle, for example. As a person who has met Annie and is intimately familiar with her work and professionalism, I can attest to the fact that Miley wasn’t a victim of a photographer in this case, but rather her own father. Everything was cleared with Miley and her father and he was present during the entire shoot. He saw everything and did nothing until the pictures appeared in print and were heavily criticized by the public. Billy Ray Cyrus used that scenario to help elevate his daughter’s career as she approached womanhood, and he willingly drew more attention to it, not less.

But whether the result of a manipulative photographer, ambitious parent, or naïve young model – there is a simple way we could end these exploitative practices.

the model holds all the power

This is true if it’s your first set or you thousandth set. Here’s why:

A model has the power to pick and choose who they work with and to walk away from any uncomfortable scenario. They also hold the power over a very important element of any modeling shoot – the release. The release is a contract between you and your photographer or the agency/publication hiring the photographer. This release tells you, the model, what they can and can’t do with your photographs. It is your one chance to define in writing, what you are and are not comfortable doing.

The fact of the matter is, it is often too difficult in the moment of a shoot to be able to judge if a pose is compromising or uncomfortable. Just ask Jessica Biel, Cameron Diaz and Audrina Patridge, all of whom claimed to have been naïve and overwhelmed during a shoot, leading to compromising photos.