Point-and-shoot cameras have come a long way from the days of 110 film, when taking photos involved hitting the photo button and rolling the spiky wheel to advance the film. Today, even basic digital cameras can take great, instantly usable photos. Many also have another great feature, as well: Video capability. Most point-and-shoots can take short video clips. Here’s what you need to know to use the function effectively. 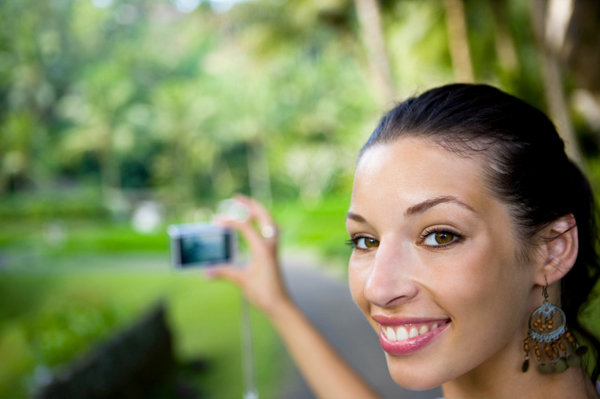 Forget carrying a separate camcorder: Your point-and-shoot camera can probably handle what you need. “It’s great to see video functions put into point-and-shoots. Some of these are actually pretty good, too! Regardless of the camera, however, shooting great video is a skill,” says Michael Drob, owner of Story Tailors Video Productions.

When to use the video setting

If you haven’t used the video setting on your camera yet, you are probably wondering when and why it would be appropriate. Filmmaker Adrian Belic has the answer: “When a photo will not tell the whole story you’re trying to tell. I often shoot a little video when I cannot get everything in one photo, like a large crowd shoot, landscape, tight room or action. I also use it when I am shooting something that has a particular sound happening and I want to capture it, too, to draw the viewer into what I am experiencing.”

Have a steady hand

Shooting video with a still camera involves similar techniques as shooting with a video camera. You still need to take good footage. Start by using a steady hand when filming. “Nothing is more jarring or annoying than shaky footage. Even if your subject is moving around, let her cross the frame before moving the camera to follow. Slow, smooth and steady always ends up looking better,” says Drob.

Filmmaker Logan Hale of Little Filmmaker suggests using surfaces (such as a table) to help steady your hand when shooting video.

Likewise, make sure that you are shooting from the best angle. “You have a tiny camera that’s extremely mobile. Be creative! Shooting a baby crawling? Get it down to the floor! Shooting a big party? Get up on a chair and shoot from ceiling height! Often, people forget that they can get very interesting results by simply altering the angle from which they shoot. Experiment,” says Drob.

Be aware of sound

Shooting video also means capturing audio. “One of the main benefits of shooting video over a still is recording the audio. It also sometimes gives a more ‘I’m there’ feeling to those who were not there,” says Belic. Be aware of the noise that is being recorded: Things like coughs, shuffling feet and whispers can be picked up (and are not pleasant in playback mode).

Just as when you are taking photos, lighting is extremely important. “Pick lighting that’s favorable and that works with your camera. A lot of cheaper cameras do not handle high contrast too well. People tend to look best with soft indirect lighting. A cloudy (but bright) day works well,” says Drob.

Marissa DeCuir of JKSCommunications, who shoots publicity video for her firm, says to avoid extreme lighting conditions. “The video could look really bad if you’re in the dark or in too much sunlight,” she says.