Travelers looking for a spirited vacation can hit The Bourbon Trail nestled in the rolling hills surrounding Louisville in the Bluegrass State of Kentucky. Bourbon is America’s Official Native Spirit and Kentuckians have been distilling this whiskey for 200 years using secret cherished recipes and time-honored processes handed down from one generation to the next. 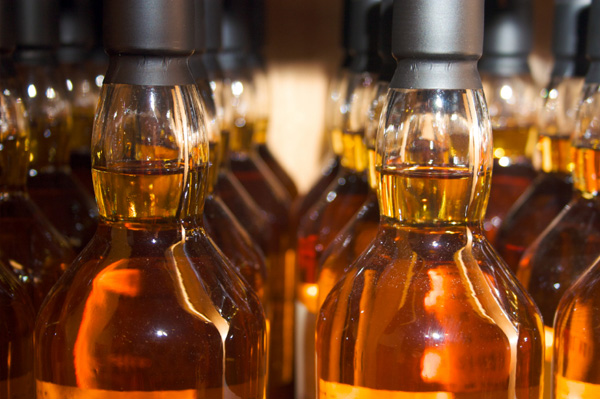 Kentucky is the perfect place to produce bourbon boasting of limestone-filtered water and good land for growing corn. The Bourbon Trail consists of six well-established distilleries including Heaven Hill Distilleries, Inc. in the historic town of Bardstown. The distillery is America’s largest independent family-owned producer of Bourbon. Heaven Hill is home to the Bourbon Heritage Centre. A behind the scenes tour concludes with a sampling of fine bourbon in believe it or not, a barrel-shaped tasting room.

Many a bourbon drinker are familiar with Maker’s Mark and their familiar red plastic coated topped bottles, in fact at Maker’s Mark in the countryside of Loretto, Kentucky… you cap your tour by buying a bottle of bourbon, don some protective gear and coat your own bottle. In the gift shop are some lovely red coated souvenirs, a favourite being a bourbon aroma soft-gel candle in a bourbon glass with a red coated bottom. Its rich aroma wafts through a room and your suitcase without even being lit.

The other distilleries on the tour include the Spanish Mission-style distillery Four Roses in Lawrenceburg built in 1910, Jim Beam in Clermont…Kentucky’s first family of bourbon since 1975. Jim Beam is famous for its Kentucky Straight Bourbon Whiskey. Also in Lawrenceburg is Wild Turkey, this distillery is also well-known for its Kentucky Straight Bourbon Whiskey, a bestseller. In Versailles, you’ll find Woodford Reserve, the official bourbon of the Kentucky Derby. On your tour you will see the only copper pot still and triple distillation process used to handcraft their bourbon to this day.

Be sure to get your Bourbon Country Passport and get it stamped at each distillery, four stamps will make you a “Trail Blazer” and you will be awarded at the Louisville Convention and Visitors Centre 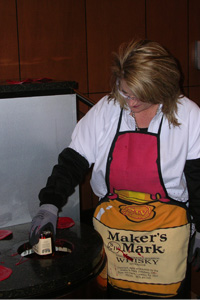 with a special Bourbon Country T-shirt, after visiting all the distilleries you will receive an addition surprise gift.

After a day on the country trail, I spend the evening enjoying the Urban Bourbon Trail in the heart of Louisville. The Bourbon Country Passport will guide you to the many attractions and fine restaurants that are part of the Urban Bourbon Trail that feature bourbon libations like the Mint Julep and the Old Fashioned to a number of tasty recipes featuring dark amber-coloured whiskey.

Drinks can be had at a number of establishments including The Brown Hotel Bar, The Old Seelbach Bar at the Seelbach Hilton and Jockey Silks Bourbon Bar at The Galt House. From the Galt House, tourists can embark on a Mint Julep Tour that will take them on a half or full-day tour of Bourbon Country. Bonus: no driving and no getting lost in the hills!

Next page: Bourbon cuisine & some delicious recipes with bourbon

4 hrs ago
by Summer Cartwright