With all the ‘natural cosmetics’ on the market these days, it can get downright frustrating finding which ones are worth the switch… and which ones are just a bunch of green hoopla. Is it time to part with your [inorganic, paraben-filled] favorite lipstick? Or could it be time to switch over to natural cosmetics altogther? Here, Christopher Drummond, celebrity makeup artist and creator of Christopher Drummond Beauty, lists 10 toxins found in common cosmetics, plus 10 natural products you should incorporate into your beauty regimen. 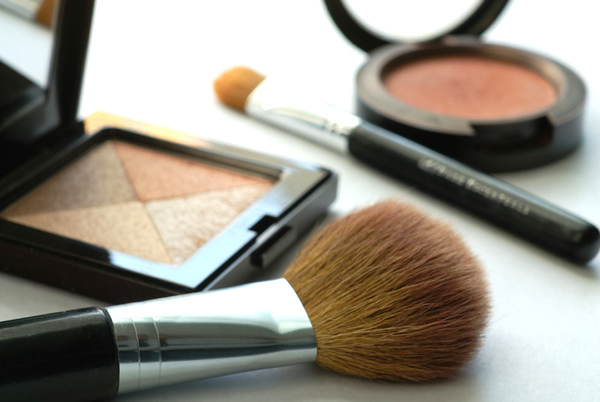 Before we get into the my top 10 favorite natural beauty products, let’s discuss what’s in your everyday cosmetics. Below is a list of toxins you will find in common makeup
products.

These are the most commonly used preservatives after parabens. The main ingredient is formaldehyde, which is known for (in addition to preserving dead bodies), being hazardous to human
health.

2. Methyl and Propyl and Butyl and Ethyl Paraben

Used as inhibitors of bacterial growth and to extend the shelf life of products. Even though they are known to be toxic, they are still widely used and have resulted in many allergic
reactions and skin rashes.

A byproduct of gasoline production.

Ideally, this is a vegetable glycerin mixed with grain alcohol.

A petroleum-derived chemical used in hairsprays, wave sets and other cosmetics. It can be considered toxic, since particles may contribute to foreign bodies in the lungs of sensitive persons.

This synthetic substance is used in shampoos for its detergent and foam-building abilities. It causes eye irritations, skin rashes, hair loss, scalp scurf (similar to dandruff) and allergic
reactions. It is frequently disguised in pseudo-natural cosmetics with the parenthetic explanation “comes from coconut.”

A chemical used in hair conditioners and creams. Causes allergic reactions. Stearalkonium chloride was developed by the fabric industry as a fabric softener.

Synthetic colors are believed to be cancer-causing agents. If a cosmetic contains them, don’t use it.

The synthetic fragrances used in cosmetics can have as many as 200 ingredients.

Often used in cosmetics to adjust the pH and as a base for many cleansers, TEA can cause allergic reactions, including eye problems and dryness of hair and skin. It could be toxic if
absorbed into the body over a long period of time.

Next up: What you should buy instead