While the mood was definitely somber, the clothing was still marvelous. It’s the midway mark at New York Fashion Week, and things are just getting kicked off, but the week has already been full of gorgeous clothes, behind-the-scenes drama and a whole out of fabulous star-sightings. Here are the New York Fashion Week highlights. 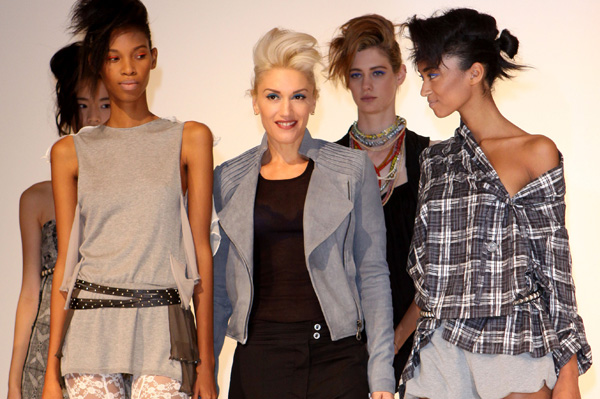 Some of our favorite (and not-so-favorite) moments so far:

How hilarious is it to see fashionistas trudging along ice-packed streets in snow boots? The night before NYFW began, the entire east coast was hit by a mega-blizzard. The fun part: compromised
fashion. The bad part: hundreds of flights were cancelled; meaning lots of editors couldn’t even get to the shows!

Early in the morning of the very first day of NYFW, the world learned of the suicide of designer-great Alexander McQueen. The show went on, of course, but the mood never quite recovered. His loss
is one that will rock fashion for years.

In the L.A.M.B show, models carried rich-colored totes with heavy-metal detailing and leather strap criss-cross across platform booties for an extra hit of sex appeal.

Bold jewels are back

Models wore some seriously chunky jewelry in Valdemar Iodice’s fashion presentation for Fall and Winter 2010. It looks like the statement bib necklace is heading a little higher for
next season! We couldn’t be happier.

We’re a fan: BCBG Max Azria came up with an interesting way to drape shawls and wraps with their stylish, deconstructed vests.

It’s understand that runway fashions are supposed to be bigger than life, but some of the Alexandre Herchcovitch styles were simply ridiculous. Unless, of course, the next stop is the Renaissance
Fair.

Charlotte Ronson doesn’t try to do anything but what she’s known for: cute, flirty clothes with a rock ‘n’ roll edge. And this season, that mix worked perfectly.