With the 2010 Olympic Winter Games in Vancouver, Canada just around the corner, the world is waiting to see the creme de la creme of athletes compete in their favorite winter sports. However, this year women’s ski jumping will not be on the itinerary — again. 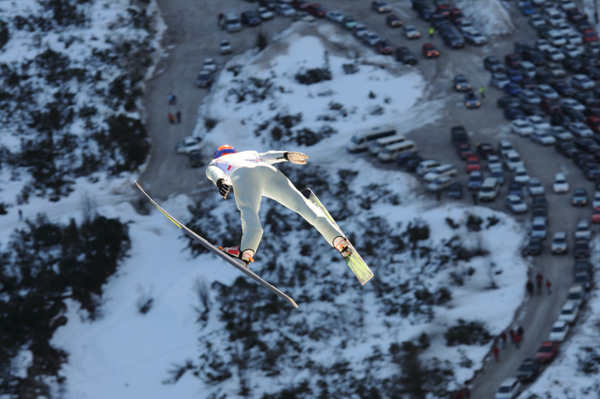 The exclusion of women’s ski jumping has created quite the controversy since it remains the only winter sport in the Olympics to exclude women from competing and this is the second time they have been dismissed from competing. A group of women ski jumpers attempted to have the sport included in this year’s Games based on the belief that their exclusion from competing was based on discrimination.

However, the International Olympic Committee (IOC) stood by its initial 2006 decision and stated that the exclusion was fair since it was actually based on “technical merit” and not discrimination. The IOC decided the women’s ski jumping team did not meet the established criteria for inclusion and that was why they should not be able to compete.

The IOC also added to the 2010 dismissal that aside from the women’s ski jumpers not meeting the technical criteria, they would also “dilute the medals being handed out to other competitors,” according to Jacques Rogge, the IOC president, and since there are so few competitors worldwide, it would not be fair.

The IOC originally excluded women’s ski jumping in Salt Lake City because the first world championship for women’s ski jumping was only held the winter before the 2006 games and that the sport had not developed enough for them to compete. The women then argued that in the 1984 Summer Olympics in Los Angeles, California, the women’s marathon was added even though the first world championship for that event was held in 1983.

In order for a sport to be considered for inclusion at the Olympic Games, it must at least participate in two world championships.

When the IOC dismissed the women’s ski jumpers from competing in the 2010 Games yet again, a group of fifteen former and current women’s ski jumpers sued the Vancouver Organizing Committee (VANOC). They chose to sue VANOC because according to the Canadian Charter of Rights and Freedoms, public money cannot fund any government-controlled agency, which VANOC is considered.

In the suit, the women were asking that they should be allowed to participate or that no ski jumping events should take place in the 2010 Games. Unfortunately, for them the Court ruled that the men’s ski jumping would continue to take place.

After the ruling, the fifteen women decided to lay-off of VANOC to prevent Canada from being unable to host the Olympics ever again.

According to the Olympic Charter, winter sports cannot be added within four years of a Winter Games, so the next opportunity the women’s ski jumping competitors might have to compete in an Olympic setting will not be until 2014 at the XXII Olympic Winter games in Sochi, Russia.

Women ski jumpers around the world are continuing to work towards their acceptance in the 2014 Olympics.

For more information on the 2010, Vancouver Olympics and the ruling visit www.vancouver2010.com.