I am constantly amazed by how easily kids can handle today’s digital technology. They seem to have an intuitive grasp of how everything works, as well as how to find their way around the web. 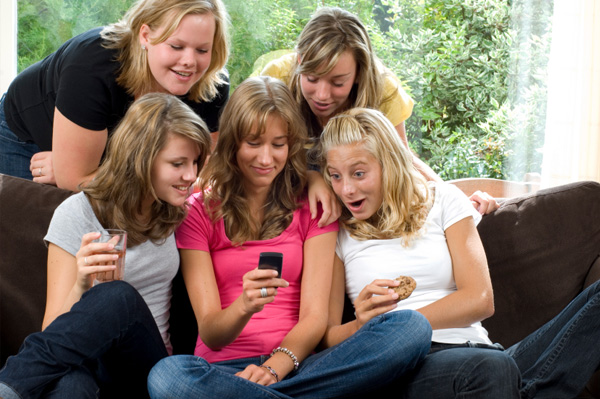 Even my 10-year-old daughter and her friends can pick up an unfamiliar cell phone or digital camera and in seconds be taking pictures and shooting video. Give them an iPhone and, if you’re not careful with your passwords, you will soon find yourself the proud owner of the latest Miley Cyrus video or that must-have app that’s the talk of the school playground!

I was reminded of this when I read about another sexting story, this time out of Pennsylvania. A teenage boy is facing child pornography charges after sharing nude pictures and videos with classmates via his cell phone.

With sexting, we are mostly talking about teen girls sending flirtatious pictures to hormone-crazed wannabe boyfriends. Stupid, yes, reckless, certainly… but criminal behavior resulting in a lifelong classification as a sex-offender? I don’t think so.

GROWING UP WITH THE INTERNET

The real problem here is that the digital revolution has unleashed a wave of camera-equipped, web-enabled gadgets on a generation that isn’t emotionally ready for them. Photo-sharing technology and the Internet mean that there is no longer any margin for error when it comes to the usual pranks associated with adolescence.

Can most parents honestly say that if cell phone cameras were available during their teen years that they themselves wouldn’t have been tempted to do a little experimenting? Kids are still doing the same crazy stuff that we all did growing up –- except now cell phones and web cams are there to record it every step of the way.

SMARTPHONES ARE FOR SMART PEOPLE

They may be a lot more tech-savvy than we were at that age, but that doesn’t mean they’re any less impulsive or foolish. And bad judgment with a cell phone can have long-lasting consequences.

So before you equip your child with the tools to broadcast themselves –- or others — to the entire world, ask yourself whether he or she is ready for such a responsibility.

It’s no longer a question of whether our children are old enough to own certain digital gadgets; it’s whether they are mature enough.

MORE ON TECH FOR KIDS

Is sexting more common than we think?
Tech gadgets: How young is too young?
Parental controls for cell phones