In the real estate world, it’s now common practice to transform old factories and mills into loft-style housing, but what about abandoned churches? 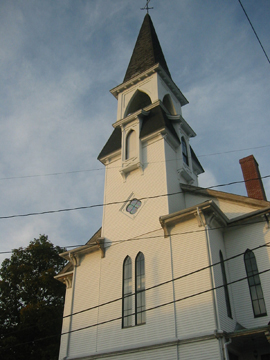 Although it initially seems like a bizarre idea to live in the former house of God, the large square footage and low selling prices just might entice you. And the added bonus? Many artists use these spaces as dually functioning homes and workplaces. Here, we speak to two church-turned-home dwellers about the trend:

In 2001, Lisa Muller-Jones and her husband bought an old Gothic stick church in Saco, Maine. The couple had previously lived in an old sewing factory in Chicago and still wanted extra space when they moved. A big living space was important to the couple, as Muller-Jones is a work-at-home graphic designer and theater artist, and her husband is a work-at-home photographer and writer.

What their realtor found exceeded all expectations: an 8,000-square-foot church built in the 1870s with stained-glass windows, a cathedral with 20-foot ceilings, a choir loft, and a three-story bell tower. The Methodist church had sat vacant for a year after the congregation doubled and relocated to a more modernized location.

‘I was sort of intimidated by it but my husband was just completely gaga,’ Muller-Jones says. ‘We thought, ‘Well, we’re gonna be working on it forever but it looks like a great deal.’ 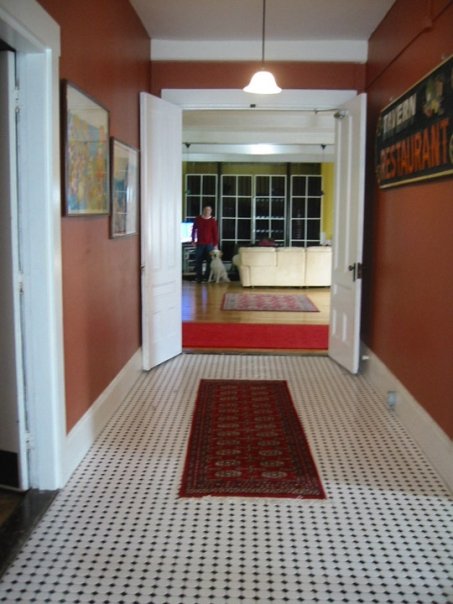 And work on it, they did. The couple was featured in an episode of HGTV’s reZONED a few years ago but have done more work since and continue renovations.

Although the renovations are an ongoing process, Muller-Jones says the initial upgrades before moving in were fairly basic including adjusting windows for fire safety, hardwiring smoke etectors, and adding a shower. The couple also pulled up the carpet and linoleum, then painted. ‘All the walls were pink,’ she says. ‘So we did a lot of painting.’

Over the past eight years, they added a room downstairs, rewired the electricity, refinished the hardwood floors, re-tiled the entryway, added a laundry room and finished the kitchen floors. Most remarkable is that the couple did nearly all the renovations themselves.

At present, Muller-Jones says they have remodeled most of the downstairs, and her husband uses the sanctuary upstairs as a studio. ‘When you have a giant place like this, you know you just have to take one thing at a time,’ Muller-Jones says.

As an artist, David Hartzel has also found the benefit of renting a 1940s convent that functions for him as both a gallery and a living space. The Jersey City Heights, New Jersey, convent that used to house 15 nuns was turned into two-and-a-half homes connected and now has four inhabitants. Hartzel estimates the convent sat vacant for 10 years before he and his roommates moved in. 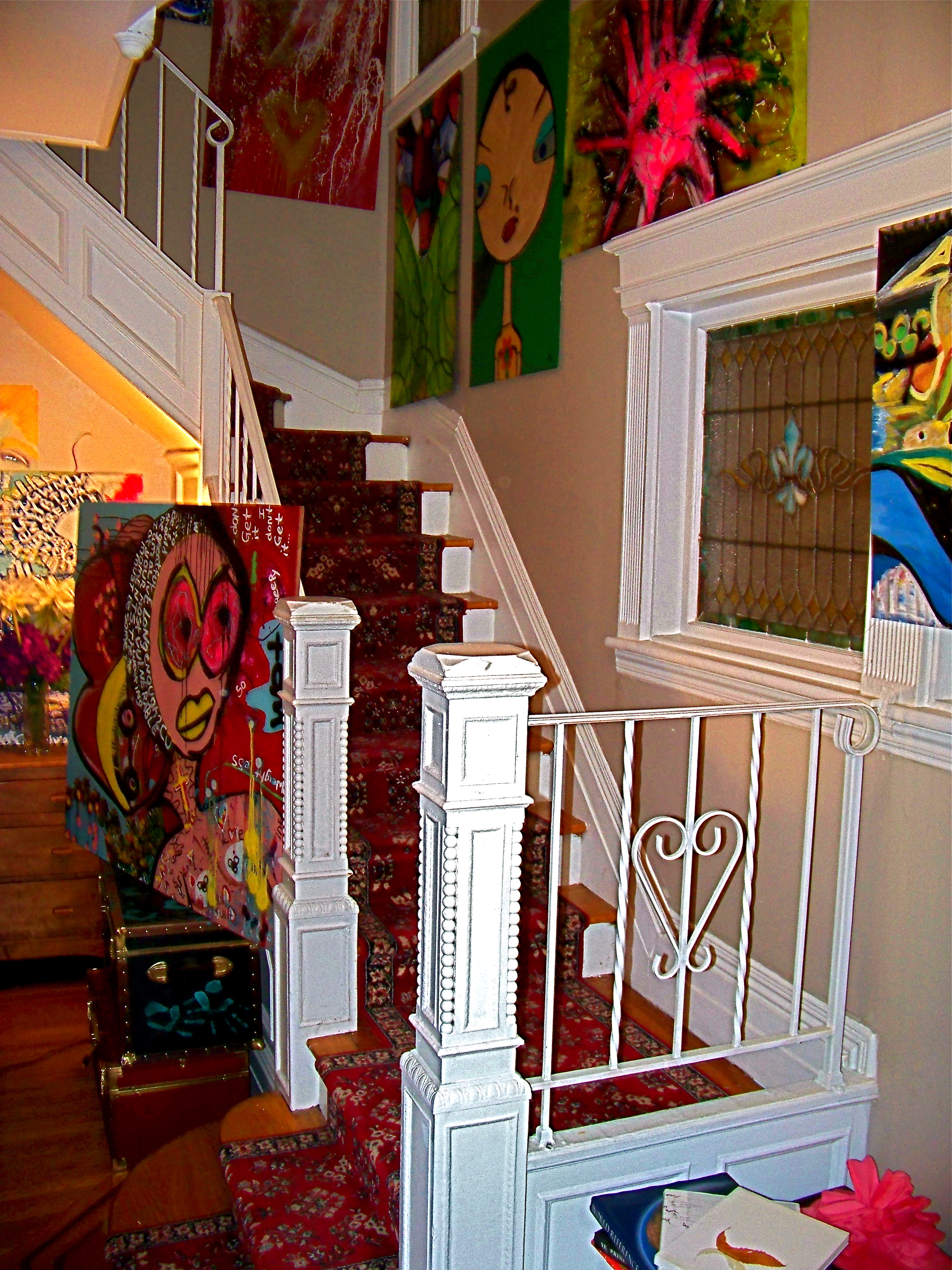 ‘We just had a dream one day to get our troops and our heads together and adopt this awesome living environment,’ Hartzel says of renting the space, adding that the owner is also an artist. ‘It’s like the most utopia I could imagine. It’s definitely not a cold apartment complex, that’s for sure.’

Hartzel says the dually functioning living area has really accelerated his career because of the space he has for his own show gallery. ‘Seeing my artwork is more of an inspiration for them to see it in a living space,’ he says. ‘Because my art is loud, it’s unapologetic.’

As an artist, Hartzel says he appreciates the details of the former convent such as the molding, the stained glass and the glass doorknobs.

So is it weird living in a church?

Both Muller-Jones and Hartzel say their neighbors were supportive of their decision to live in former religious sanctuaries.

‘You’re keeping life in the church instead of just abandoning it,’ Muller-Jones says. Hartzel echoes the sentiment. ‘I think it’s ironic that religion brings people together, and religion is essentially family, so putting these people together is sort of like a religion and a ‘convent’ in its own way.’

While Hartzel says his former convent is pretty ‘home looking’ from the outside, Muller-Jones laughs that many people still mistake her home for a church, regardless of the ‘private residence’ sign her neighbor made.

‘And you know, that’s always really tough,’ she says. ‘From the outside, it absolutely looks like a church.’
Regardless, she says the ‘good energy’ in her home overrides any possible downsides to living in a former church.

22 mins ago
by Tamara Kraus