Shudder at the thought of adopting a shelter pet? OK, so it may not be Paris Hilton-approved, but adopting an animal has a host of unique benefits, the greatest of which is the knowledge that you helped save a life. Here are some things you thought you knew about pet shelters that just aren’t true. 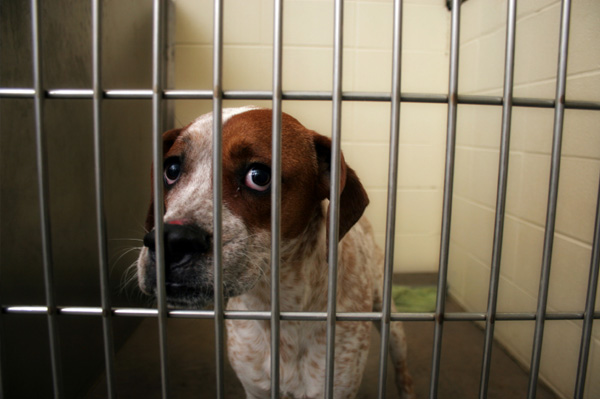 Stigmas surround shelter pets, which causes the general public to overlook pet adoption as an option. But before you dial that breeder, you might want to give your local shelter a second chance. Here are some of the most common misconceptions about shelter pets… busted!

Shelter pets have been abandoned for a reason

According to John Snyder, vice president of companion animals for the Humane Society of the United States, the number one reason that owners give away their pets is because they are moving. Other common reasons include the onset of allergies, an elderly person’s inability to care for the pet and, quite commonly today, financial troubles and home foreclosures.

With shelter pets, you never know what you are going to get

There are no secrets when it comes to shelter pets: What you see is what you get. For example, if you see a dog that snaps at everything in sight, odds are he will act this way at your home. The same goes for a cat that is docile and constantly purring.

Shelter animals tend to be adults, so their personalities are more developed and their behaviour traits are easier to detect than those of puppies or kittens, says Gail Buchwald, senior vice president of ASPCA Adoptions. Take it upon yourself to eliminate any guesswork and pay attention to the animal’s interactions.

Shelter pets aren’t invincible when it comes to illness, but, to be fair, neither are pets purchased from pet stores or breeders. That said, shelters do take actions to ensure their animals are in good health. “All reputable shelters provide medical care to pets including basic wellness exams, routine vaccinations and treatment for any medical conditions,” explains Buchwald. When visiting shelters, ask questions to determine the state of your potential pet’s health and what type of medical programs they have in place.

Shelters cannot guarantee an animal’s long-term health, nor can breeders, for that matter. However, should your pet become afflicted with an unexpected illness right after you adopt, rest assured: “Reputable shelters will have mechanisms in place to help adopters deal with any medical issues that may crop up shortly after adoption,” says Buchwald.

Purebreds are impossible to find at animal shelters

Just because your heart is set on a purebred doesn’t mean you have to rule out your local shelter. It is possible to find purebreds, though you may have to look a little harder. According to Petfinder.com co-founder Betsy Saul, approximately 25 percent of adoptable animals in shelters or rescue groups are purebred.

Of course, it should be noted that although you can expect certain characteristics from pedigrees, this doesn’t necessarily mean that they have an edge over their mixed breed counterparts. “Studies have shown that because mixed breeds are from different genetic backgrounds, they generally live longer than purebreds and have fewer health problems,” explains Saul.

Animal shelters only have cats and dogs available

“Depending on the shelter, many species are out there including fish, birds, rabbits, pigs and even horses!” says Saul.

When picking out a pet, puppies and kittens are the way to go

Puppies and kittens are undeniably adorable, but as anyone who has ever had her favorite pair of stilettos chewed to bits knows, they can require an ample amount of time, patience and energy. On the other hand, older pets are often less demanding, as they usually do not require constant supervision.

Many still fret that they won’t be able to form quite the same bond with an older animal as they would with a kitten or puppy. The truth is that though rescue pets can require a period of adjustment, they usually flourish when placed in loving, nurturing homes. You may not be able to teach an old dog new tricks, but you can certainly teach it how to love again.

“Animals have proven themselves to be astoundingly resilient, and they will adapt to new homes with relative ease,” says Buchwald.

Do you have a shelter pet? If so, share your story below:

For more pets advices on SheKnows: