We’re past the 1950s housewife image. We’re even past the notion that women can’t do math or hard labor. In 2009, women are proudly bridging that gap between what was once thought impossible and what is now being achieved. Here, we speak to six women about their unconventional careers and how they thrive in a man’s world that sometimes still hangs onto old stereotypes. 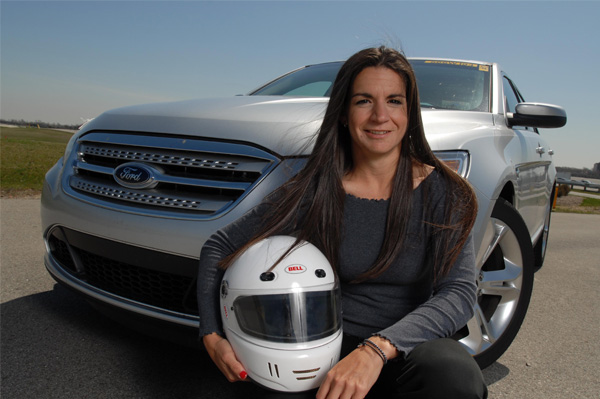 Cristina Rodriguez is boldly going where no woman has gone before. After a dozen years with Ford, she has advanced to a vehicle dynamics development engineer, the only female to do so.

In 2005, she was named the lead suspension development engineer on the Taurus and Taurus X vehicle lines. Her responsibilities include managing the trade-offs between ride qualities and handling responsiveness, in addition to steering calibration and “feel.”

“To do what I do, my body becomes a finely calibrated instrument,” Rodriguez says. “My legs, my back, shoulders, arms and hands all become data-collection inputs.”

Rodriguez thanks her parents for her interest in mechanics. Her father is a chemical engineer and taught her to be analytical, and her mother encouraged her to take things apart and reassemble them.

Rodriguez earned her bachelor’s degree in engineering from the Georgia Institute of Technology and went on to obtain a master’s from the University of Michigan. 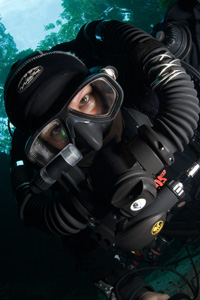 Jill Heinerth, of Heinerth Productions Inc., isn’t afraid to get her feet wet. She’s dived inside Antarctic icebergs, in volcanic lava tubes and in remote places like the frozen caves of Siberia.

Her specialty is underwater filmmaking in challenging environments, specifically caves.

Heinerth, who has been diving for more than 20 years, says she was inspired as a young girl to be an explorer.

“My family never placed boundaries in my way,” she says. “Gender and racial barriers did not exist in my family. People were simply people, able to pursue their dreams through tenacity.”

When she first joined the ranks of underwater explorers, being one of the few women was often a challenge.

“In the early days, there were a lot of men who tried to slow me down and tell me I did not belong in the field,” she says. “That slowly morphed into men being fascinated that I was a cave explorer. These days, I get far less resistance and mostly respect from men and women alike.'”

The lieutenant at the Hillsborough Police Department in California loves not knowing what challenges and opportunities will present themselves in a field where she’s not confined to an office.

Her job involves supervising investigations, and training and assisting with technology and special events.

“In one week, I’ve gone from assisting with security for a presidential visit to working on a homicide investigation to returning a lost dog to a resident,” she says. “The constant variety is fascinating, and I’ve had some amazing experiences.”

With about 20 years in law enforcement, Serrato says her career can make a difference in people’s lives and an improvement in society’s safety. Although it’s a male-dominated career, Serrato says that hasn’t really been an issue. Rather, the challenges are breaking misconceptions stemming from criminal investigation TV shows.

As far as the future for females in this career, Serrato says she thinks more women are becoming interested in all areas of law enforcement and also believes society has become more accepting of a mom “taking a midnight shift or working on Christmas morning and not seeing her kids all day.” 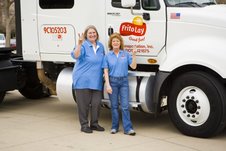 Next time you’re craving a snack, thank Nancy Scott and Deborah “Deb” Davis for transporting your Frito-Lay goodness in 18-wheelers. Scott drives across the Southeast, while Davis drives through the Midwest, and both were honored this year for driving 2 million accident-free miles.

Davis boasts 35 years on the road, while Scott has been in the business for 29.

“Within Frito-Lay, I’m treated as a legend because of my longevity and being one of the first women drivers in the company,” Scott says.

Both women embrace the freedom and travel opportunities their career offers. Most importantly, they love driving.

“I like the freedom,” Davis says. “I love to travel and see new places. I’ve always had great experiences with the people I’ve met on the road. I just love driving.”

Scott foresees companies making a bigger effort to recruit women in the industry, as she says it’s a “great opportunity to make a good living and become independent.”

Organizations like Women In Trucking help by encouraging the employment, promoting the accomplishments of (and minimizing the obstacles faced by) women in the trucking industry. 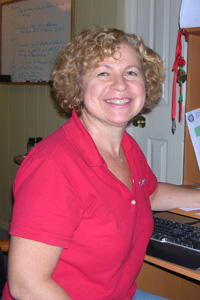 “I am in one big testosterone zone,” Cavanagh says of her third season running PossessionPoints.com, a data analysis company dedicated to analyzing football data for fans interested in NFL team performance and fantasy football.

“A lot of times, men don’t think I understand football, but a few minutes with me, and I can usually change their minds.”

But Cavanagh says her toughest critics are women, some of whom don’t understand why she works Sundays and watches games.

Cavanagh says she loves her job because she can simultaneously pursue her football passion and other writing projects.

“So on the weekends and at night, I put out NFL data and information and scream like a mad woman at misguided referees who screw up games,” she says, “and during the day, I can retreat into the gentler world of positive thinking.” 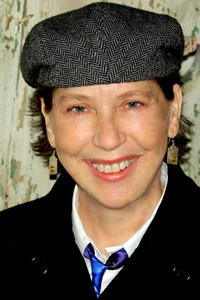 Barb Johnson’s favorite thing about carpentry is starting out with nothing but a sheet of paper in the morning and transforming that drawing into something useful and beautiful.

“And at the end of the day, it is always perfectly clear what I have accomplished with my time,” she says.

Johnson boasts 30 years in the business and owned Novio Wooden Furniture until Hurricane Katrina destroyed it in 2005.

Home shows on television have made carpentry a more feasible career for women because they see others doing it, Johnson says. When Johnson first started out, she was the only female carpenter in her city. “Now it’s not uncommon to see a woman carpenter,” she says. “I mean, it’s not a freak occurrence.”

These days, Johnson’s focus is on writing, but she says it parallels carpentry in many ways.
“I essentially write the way I build,” she says. “I construct some sort of framework and get to know the piece as I go along.”

She also recently taught a carpentry class for female undergraduates at Tulane University in New Orleans.