The snake — and its tongue — have gotten a bad rap. A snake’s tongue is one of the great marvels of nature, a cleverly designed appendage that gives the snake, one of the animal kingdoms’ humblest creatures, a much needed leg up. Other animals have forked tongues (some species of lizards, frogs and birds, for example), but the snake has the most complex receptor system of all, built right into its tongue. 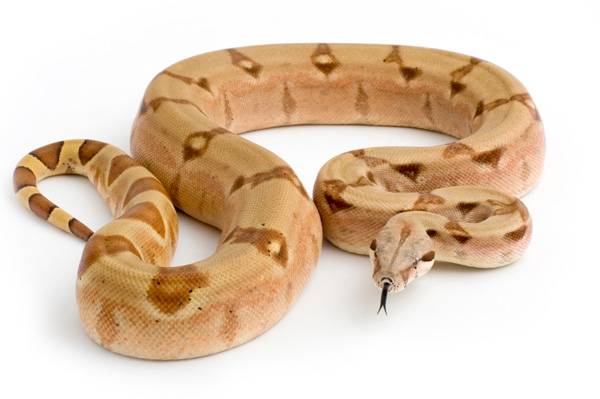 If you were to look into a snake’s open mouth, you would not see much of a tongue at all because most of the tongue is hidden inside of a sheath in the lower jaw when it is retracted — so only the forked ends are visible. When the snake does flick its tongue, it passes through a small notch in the lip called the rostral groove, which allows for the tongue to pass out of the mouth without the snake actually having to open its mouth. You also would clearly see that snakes have nostrils. Indeed, they have an olfactory system and can smell with their nostrils, just as we can, but it’s the tongue that is the biggest prop.

The snake uses its tongue as part of its system of perception, called the vomeronasal system because of its relative proximity to the nasal system and the vomer bone at the front of the skull. The vomeronasal system is a sensory organ made up of two small openings in the roof of the mouth in many animals, including humans. This is also referred to as the Jacobson’s organ (after the man who discovered the organ), which for snakes has evolved to be of optimum use for survival.

In fact, the tongue is of such critical importance to the snake that this is clearly why it evolved to have a sheath to protect this appendage from accidental injury.

When the snake flicks its tongue into the air, receptors on the tongue pick up minuscule chemical particles, which are perceived as scent. When the tongue is retracted into its sheath, the tips of the tongue fit neatly into the Jacobson’s organ, sending the chemical information that has been gathered through the organ and on to the brain, where the information is quickly processed and analyzed so that the snake can act promptly on it.

Scientists believe that the snake’s tongue is split to help the snake decide which way to turn, based on the preponderance of chemical particles on one side or the other of its forked tongue. Think of it as 3D glasses for the tongue. The chemical levels are slightly different on the right than the left — but together they make a whole story. This information is subtle, and small animals are fast, so the information must be processed as speedily as possible for the snake to catch its dinner.

To prevent the snake from becoming dinner, as it must also analyze information that can detect a predator nearby. And, not least in importance by any means, the tongue, along with the Jacobson’s organ, also helps the snake to discover who to take out for dinner, as the chemical receptors in the tongue gather information about potential mates.

One ancient belief was that the fork had magical powers against poison. Indeed, collections of snake tongues were kept in dining areas of upscale homes. Snake tongues appear often in literature — for example, in Shakespeare’s Macbeth, snakes’ tongues were used in the making of witches’ brews. To this day, some people believe that snakes have venom in their tongues that is released when the tongue touches a target, or that the pointed ends of the tongue are sharp enough to be used as a stinger. Neither is true.

First, not all snakes are venomous, and those that are release their venom through their teeth (or fangs). Once a venomous snake has bitten its prey and released its venom into the animal’s bloodstream, it can then track the stricken animal using the receptors on its tongue, consuming its meal when the animal finally succumbs to the poison. On the second misconception, a snake’s tongue is as delicate and soft as any animal’s tongue; it is neither able to hold poison, nor is it rigid and sharp.

As for the tongue’s use in tasting, the number taste buds in a snake’s tongue are believed to be somewhat minimal, at least compared to ours. These taste receptors are just enough to tell the snake whether the food is good, or whether it may be noxious.

But don’t feel too sorry for the snake, just because it can’t properly enjoy the taste of its dinner. Remember that what its tongue lacks in some ways, it makes up for in others.

Stick your tongue out and try to figure out which way to go for dinner, or where to find your next date. Maybe then you’ll have a little more appreciation for the lowly snake.