You want your dog to keep the scary people away, not scare you. Let history help you choose the right security dog for you. 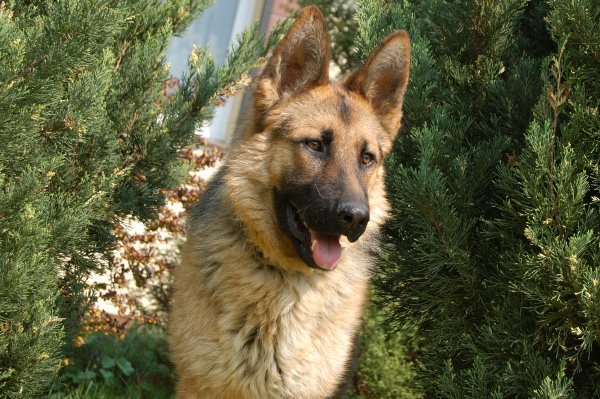 Guard dogs are not generally trained to attack. Rather, a guard dog’s task is to alert its owner of a stranger’s presence (i.e., bark, growl, etc.). And contrary to popular belief, a guard dog does
not make a good attack dog, or vice versa. Typically, small breeds are used as guard dogs; among them:

Attack dogs, conversely, are usually associated with modern police work, but they have played a pivotal role in the history of human-canine relationships. During the height of Roman Empire, attack
dogs were used to break the first line of enemy armies, and were feared for their ferociousness. In more recent times, dogs were trained by the military as sentry guards, protecting troops from attack. And as silent scouts, dogs would warn troops to the presence of
enemies, diminishing the chances of an ambush. The troops lucky enough to have these attack dogs by their sides were most likely to survive war.

During World War II, the U.S. military called for the donation of pet dogs for service. They began with more than thirty breeds and through trial and error, narrowed them down to a handful of
breeds that were ideal for military training. These included the:

Well-trained attack dogs are socialized, loyal, and unerringly obedient. They will not attack unless their owners are facing a threat or have commanded an attack. Some breeds are better than others
when it comes to this type of training, since it requires strength, calmness, loyalty, a love of humans, and a highly developed intelligence.

Attack dogs are trained to bite on command, as well as stop biting on command. Unfortunately, some dogs are not properly trained and are instead used to fight other dogs, or to inflict fear and
brutality on others. Of course, this creates a dog that is capable of attacking unsuspecting people or animals without warning or cause.

Getting a dog for protection as a family pet can be a difficult decision. However, theGerman Shepherd, Belgian Sheepdog, Bulldog, and Collie have been known to be great with children. It is important you research when choosing an”attack” breed, and always check with
local laws, which may prohibit certain types of dogs.

Contemporary dogs that are recommended as attack/protection dogs: