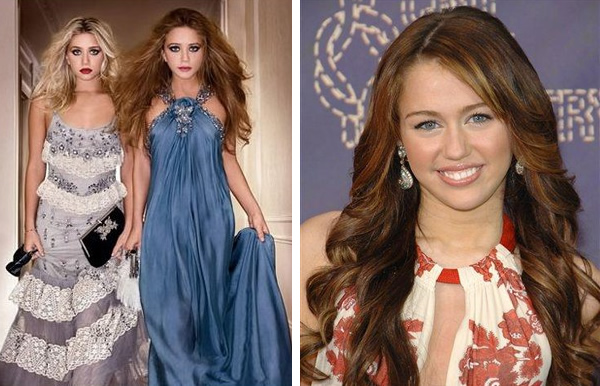 There have been very few actresses, singers, models, or celebrity athletes who have successfully transitioned into becoming respectable fashion designers. It’s true that many have achieved commercial success, but is there really all that much value in a Jennifer Lopez sweat suit? A notable exception has proven to be Ashley and Mary Kate Olsen with their Elizabeth and James and The Row lines.

Related story 38 Kid-Safe Pop Songs That You'll Enjoy Too
Other than the twins, Victoria Beckham has done a wonderful job with her line of dresses, even if we can thank Roland Mouret for that.  Gwen Stefani succeeds with LAMB, even though her shoes have been known to pinch, and surprisingly, Nicole Richie with her House of Harlow line rounds-out the list of those who have successfully transitioned.

Max Azria, chairman, designer and chief executive officer of BCBG Max Azria Group (and Herve Leger’s creative director), has teamed up with the pop star for a junior line for Wal-Mart called Miley Cyrus and Max Azria. The collection is slated to hit all Wal-Mart stores and walmart.com in early August and it reportedly will include tops, pants, graphic T-shirts, and shoes – all of which will be priced under $20.

Billy Ray Cyrus’ daughter has worn Azria’s designs on a number of occasions, so the collaboration is not totally out of the blue.  But given Azria’s talent, it saddens me that he is selling out by teaming up with the pop star who’s commercial appeal will no doubt bring in big dollars. These partnerships almost demean all that it takes to be a successful designer.
Other than the upcoming Miley Cyrus and Max Azria line, Wal-Mart also carries a line by songbird Taylor Swift called L.E.I. by Taylor Swift.