Dogs and cats are generally at the forefront of animal abuse awareness. We see the commercials, learn about it in school, and join or donate to the anti-abuse groups. But did you know horses are bought from auctions and brutally slaughtered for human consumption? 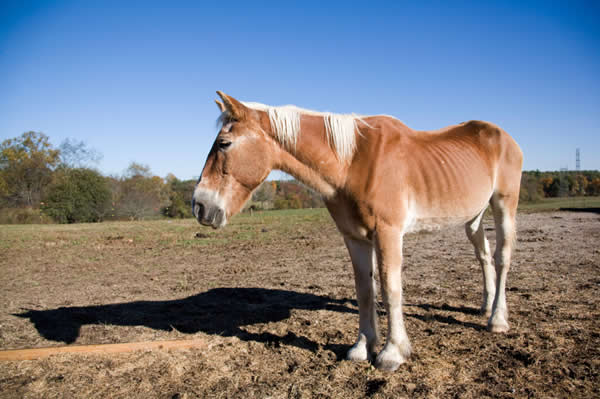 Did you know most first-time horse owners get rid of their animals within five years, often resulting in euthanasia or slaughter?

“People don’t realize they are animals, and they do deserve the same love and attention you would give dogs and cats,” says Molly Jo Rosen, who has ridden horses her
entire life.
Horse rescue ranches across the United States want to keep these horses safe from abuse, neglect and slaughter.

Jenny Pulvermacher started Second Chance Rescue Ranch in Blue Mounds, WI predominantly
to save auctioned horses from slaughter. Pulvermacher’s goal is to outbid people who buy the horses from auctions and transport them to countries such as Canada and Mexico for brutal slaughter.
“I am more for the kind of thing where horses are meant to be for a purpose, not for food,” she says. The last slaughterhouse in the U.S. was banned in 2007; however, some states
including Montana, Missouri, and North and South Dakota are fighting for the construction of slaughterhouses back on American soil, according to an April 2009 article from the New York
Times.

The Slaughterhouses phenomenon… An estimated 100,000 horses a year are shipped to Canada and Mexico for slaughter. Groups like the Canadian Horse
Defence Coalition work to ban the practice in Canada and other countries. Besides rescuing horses from the hands of slaughterhouses, Pulvermacher also accepts horses from owners who can no longer
afford or handle them. She suggests owners always give their horses to rescue ranches or other trusted organizations rather than auctions to avoid the chance of slaughter. “Education is a big
thing,” Pulvermacher says of lessening horse abuse.

Celebrating birthdays at the ranch 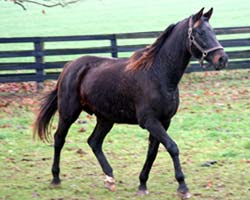 Michael Blowen’s organization, Old Friends Rescue Ranch in Georgetown, KY, starts the education at a young age, even teaching lessons during
birthday parties at the ranch. Children can bring games for their celebrations and play with the mini horse while also receiving information about the animals at Old Friends, which began as a
retirement and rescue facility for pensioned Thoroughbreds. “We’re in waste management,” Blowen says of rescuing unwanted race horses, adding that some have even been brought back from
Japan.”It’s like having Larry Bird here, or Michael Jordan, or LeBron James. I’m totally starstruck with these horses.” 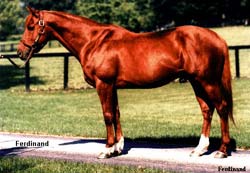 In 2002, Ferdinand, the 1986 Kentucky Derby Winner, was killed in a slaughterhouse in Japan.  The news was devastating to many in the
industry.  Ranches like this one are dedicated to saving old champions.

One girl who had a birthday party at the ranch now visits one of the horses every Friday and takes it on a walk. Classrooms can also adopt horses, he says. “We are really,
really active with the kids,” Blowen says. “It’s the only way to make progress with this whole thing.” Old Friends offers tours that help gather donations for the 46 horses
currently at the ranch. The organization does not put the horses up for adoption. Considering the large number of horses, Blowen says his organization thrives on volunteer help, as most other
ranches do.

Linda DeKruif, who volunteers at Wildhorse Ranch Rescue in Gilbert, AZ, says
working at the ranch is great because she loves horses but doesn’t own any herself. “It’s just been a wonderful experience to work with the animals,” she says.

Volunteering is also a great way for people to educate themselves on the responsibilities of owning horses, Pulvermacher says. In addition to volunteering time, people can also
volunteer money or old equipment from their barns.

For more information on Animal Welfare:

How to prevent the extinction of critically endangered animals

A no-excuses guide to making the world better, right now

Stylish Computer Glasses to Give Your Eyes a Break