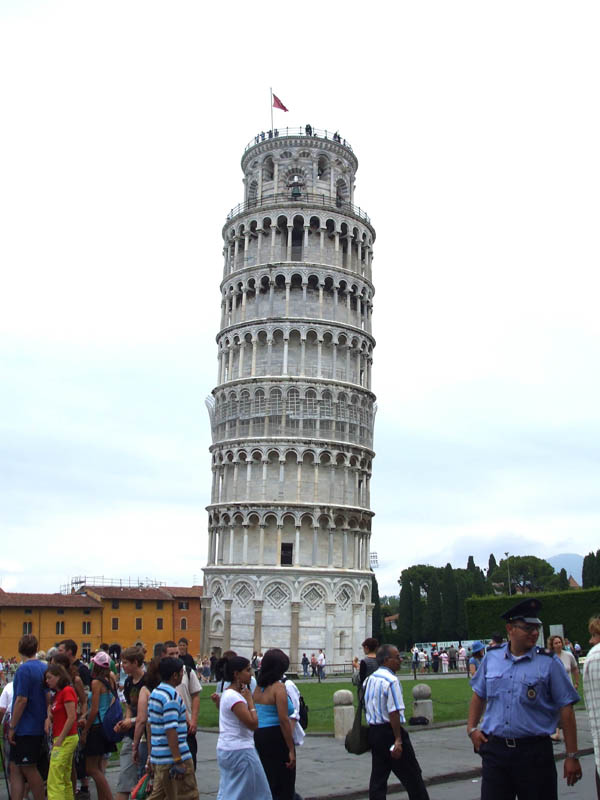 For 15 euros and a lot more in courage, you can climb to the top of the Leaning Tower of Pisa and gaze down upon those less adventurous below.

As you would expect, the 183-foot bell tower was originally supposed to stand vertically… but shortly after the onset of construction in 1173, the structure began to shift due to a poorly laid foundation and unstable soil.

Throughout the 1990s, work to strengthen the existing structure by various means — including straightening it by 18 inches, leaving the top of the tower a little less than 13 feet out of level. Supposedly, this will keep the structure of the Leaning Tower of Pisa from leaning too far for another three centuries.

Get more of Italy on the next page!