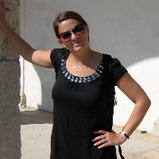 Hollywood stars have always been trendsetters and the green movement is no exception. From showing up at the Academy Awards in hybrid cars to powering production companies with solar panels, celebrities understand the importance of eco-friendly living and help spread their love of Mother Nature to the rest of the nation. Read on to findout what celebrities are making a difference.

Brad Pitt, one of the sexiest men alive, is doing sexy things for the environment — saving it! After the destruction of Hurricane Katrina in the South, Pitt saw an opportunity to use his wealth and power to help improve the battered region, in particular, the lower 9th Ward of New Orleans. He donated $5 million of his own earnings to the project Make it Right (www.makeitrightnola.org). After meeting with residents impacted by the natural disaster and realizing the plight of the area’s future, he teamed up with Global Green to sponsor an architecture challenge for a design for sustainable housing. Pitt assembled the key partners of the organization and it’s still going strong.

From natural disasters to natural occurrences, ex-Vice President Al Gore, is recognized as a leading environmental activist and Hollywood star. Although his bid for the White House against George W. Bush was quite the headline grabber, his documentary film, An Inconvenient Truth, is garnering the most recent of press. He also published an accompanying book to the film and continues to pursue his quest to inform the public on the plight of the earth and its climate change using all the star power he can generate.

And who says fashion can’t change the world? Stella McCartney believes in earth-friendly high fashion. The British designer, daughter of the famous Beatle, has a studio and website powered by wind. When shopping her brand online, you can choose to have your organic shoes, clothing and bags shipped carbon neutral. McCartney is also a big supporter of various green charities including Adventure Ecology, Marine Connection, and Animal Aid amongst many more. Fashion can make a difference!

Many celebrities choose to live a vegetarian lifestyle to do their part in preserving the earth. How does not eating meat help the environment? Research indicates that the large amounts of meat needed to feed the world is causing climate change. While this is a debated topic, many celebrities opt for a meat, fish and poultry-free diet to do their part to combat global warming. Many tie this effort in with their love of animals; regardless, they hope their part in a vegetarian lifestyle will help make a difference. Famous vegetarians include outspoken Alicia Silverstone, one of the sexiest vegans out there, Toby Maguire, Natalie Portman, Pierce Brosnan, Jessica Biel, John Cleese, Michael J. Fox, Brooke Shields, Dustin Hoffman, Hayley Mills, Kim Basinger, Woody Harrelson and dozens more.From small acts such as lending voices to public service announcements to donating much-needed funds to green charities, celebrities use their power for eco-good. Fashionistas and trendsetters will wear organic clothing and vegan footwear; powerhouse stars make documentaries and others lend a hand to rebuilding communities — all for the common good of a greener earth.