Tears were streaming throughout Grant Park in Chicago as Barack Obama made his speech to America as the President-elect. 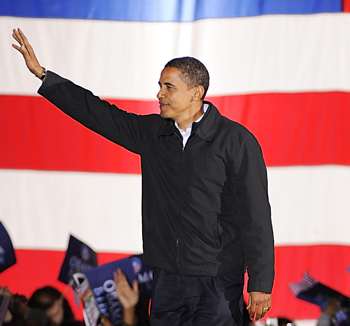 As a country, it has been told, we are deeply divided. Yet, the population turned out in record numbers and handed Obama one of the more lopsided victories in some time. From the beginning, as Obama stood on the steps of the Illinois capital in Springfield, this race for him has been all about change.

America answered: we want it!

Obama was declared the victor in Indiana, Virginia, Ohio, Nevada and Colorado – all states that went to George W. Bush in 2004.

Then, there is the obvious historical nature of this election in its outcome. The nation has chosen its first African American president. Emotion ran high not only among a populous of African Americans, but of faces across a great racial divide. As the cameras spanned the scene at Grant Park, each segment of not only America’s photo album was represented, but the world’s as well. 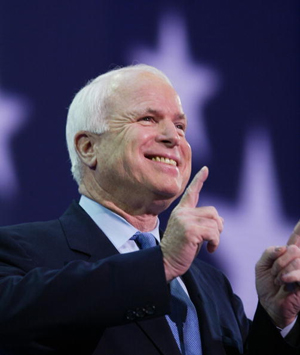 Senator John McCain ran a aggresive campaign, given the political climate in America. Just two examples: there is an unpopular Republican president and a slipping economy.It is a testament to his service to America, including those torturous years in a Vietnamese prison camp, that McCain remained competiive throughout.

His concession speech in Phoenix November 4 was emblematic of his career and fortitude. McCain was even, virtuous and stoic. This was a man that came within inches of his dream – the presidency – and was ever so gracefully handing over that dream to a person almost half his age and with a background much different than McCain’s.

The Senator from Arizona’s adoration from the American public is reflected in how he made this a competitive race in a year that should have been a blowout. When the economy began to crumble, it became clear that the issue that would decide the election was the economy. When the party that has held power for eight years is widely perceived as the source of some of those economic ills, the new face of that party will bear the brunt.

Only McCain, never the poster child for the Republican Party, triumphed in his role as the underdog and for a period in late summer, early September, the American hero had the lead in the presidential polls.

It was only through the three debates that Obama excelled and the economy free-falling did McCain’s grasp on the presidency slip. 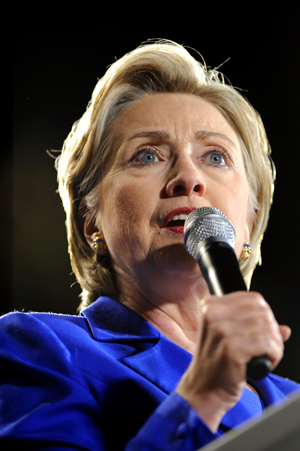 History on many levels

Historic would describe Obama’s day and that of the American people, honestly. But this was a presidential race for the ages on numerous fronts.

First, there was the presence of Hillary Clinton – a woman was poised to make a serious run at the most powerful position in the world. With her blitzkrieg tear through the primary season’s second-half, she made Barack Obama a better candidate and roughed him up to battle John McCain.

Hillary may have shattered the power glass ceiling by 18 million votes, but Sarah Palin picked up that torch for the Republican party when McCain made her his running mate.

Although Saturday Night Live parodies ensued starring Tina Fey that the candidate actually participated in, one cannot argue the movement she herself spawned. With her fiery run across the country there were weeks where McCain led in the polls and it was the injection of adrenaline from the tapping of Sarah Palin that allowed McCain to start the engine that produced that popular surge.

Not only Clinton and Palin made history along with Obama’s iconic presidential win, but a Hispanic candidate ran for president – New Mexico governor Bill Richardson – and a member of the Mormon Church made his first attempt at national office in candidate Mitt Romney. Next…the crowds, Obama’s speech and how he will govern