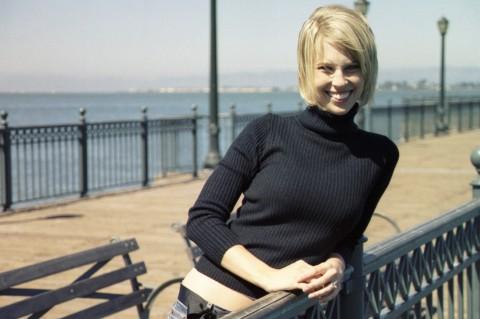 Beijing is trying to get it right when it comes to hosting the world-wide event that is the Olympics – so much so that, in true Chinese style, they’ve orchestrated many of the minute details with impeccable accuracy in hopes that things will go off without a hitch.

And don’t think appearances aren’t playing an important role. Olympic organizers have, in fact, developed a way to make sure that those who will be the faces of the Games (along with the athletes of course) present a polished, professional and youthful appearance: cue the Olympic stylists!

Games organizers have developed some special jobs for a few select people who will be held accountable for making sure each victory ceremony hostess has her best face forward. These hostesses are responsible for handing out the medals to each of the victors which, in front of a huge live audience and millions of people watching at home around the world, is no low-key task. The Olympic committee wants to make sure each presenter helps set the tone of the overall Games.

According the Beijing Olympic Web site, the make-up and hairstyles of the volunteers must be compatible with the concept of sports, while still reflecting the spirit of Chinese youth. Although they are required to be simple, the make-up and hair should be distinct enough to stand out on TV. Inspectors have been on hand working with stylists and volunteer hostesses to ensure that they do, in fact, look spectacular. An inspection team that included the Beijing Organizing Committee for the Games executive vice president, a TV celebrity, and a former Chinese Olympic champion surveyed the volunteer’s hairstyles last month.

As a former champ, the Chinese medal-winner has experience first-hand with the ceremony hostesses and says it’s important for the hair and make-up of the hostesses should be natural, and not so overbearing as to drown out the main reason for the celebration of the athletes themselves. The make-up artists who helped create the looks will take into account suggestions made by the visitors to re-think the appearances of the volunteers.

As if the flexibility of the stylists and make-up artists isn’t impressive enough, according to reports, the professionals can create even the most complicated of the four designated hair designs in five to 10 minutes.

Don’t worry about the male participants; they will not be left out of this beauty routine. Male flag raisers will be dressed in attire that enhances the beauty of strength, health and youth. No matter what the gender, China is definitely going out of their way ensure that the country puts their best, most polished and youthful face forward!