True red or faux? Same diff, these days. Supermodels, screen queens, and real queens: Why everyone should lust for rust. 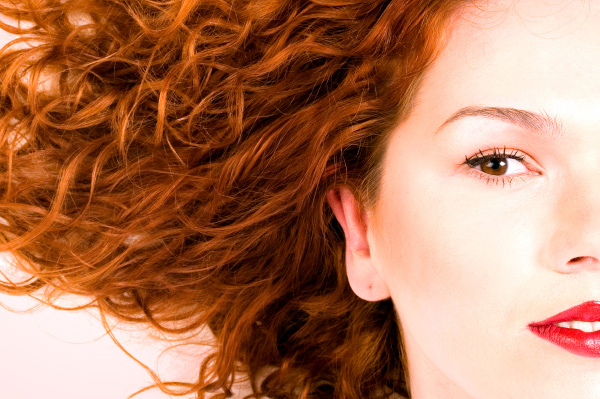 There’s a little Conan O’Brien in every natural redhead — the notion that growing up pale and freckled with a hair color favored by fast-food mascots ensures “the insecurity and defense mechanisms are downloaded pretty early,” as he puts it.

Not only is there the Darwin factor (as a mere 2 percent of the population — the number-one minority on the planet — redheads were clearly getting the kiss-off 20,000 years ago by potential cavemates who argued, “In this blazing sun, what chance of survival do they have?”), there has also been the losing battle on two major beauty fronts: Authentic auburns can never, ever tan or find a flattering red lipstick.

All that said, thanks to hair dye, self-tanners, sunscreen (guaranteeing the survival of the species!), and new hair and makeup products just for reds, there’s a revolution afoot.

Witness the media invasion of copper-hair icons, colorists reporting an unprecedented demand for red, plus maverick Marc Jacobs — and one can never dismiss a major fashion moment — sending a cadre of dyed-orange David Bowie clones down the Louis Vuitton men’s fall 2007 runway. “Red is the biggest influence on all other colors right now,” says celeb stylist Louis Licari. “Besides clients wanting full-on red, blondes are asking for red-gold, and brunettes are wanting chocolate tones. Unlike light-blonde shades, which, like gray, wash color from your face, red adds color, warmth, and youth.”

No shocker, then, when flame-haired Italian temptress Sophia Loren was asked to pose for the Pirelli calendar just a few years ago year — at age 72. What better idol for lapsed russet Lindsay Lohan, who, while occasionally platinum, seems intent on emulating another legendary sex symbol: Marilyn Monroe — a natural redhead, by the way.

Being part of the redheaded league

How to get soft, touchable curls