Those of you reading this do not know me. Thus, I can get away with telling you all sorts of wild stories about my sensual prowess. And, while it may be true that I’m flaxen-haired and have an affinity for bar-top dancing, if I were to claim that I was blessed with hot curves and a billowing bosom, it would be a bold-faced lie. 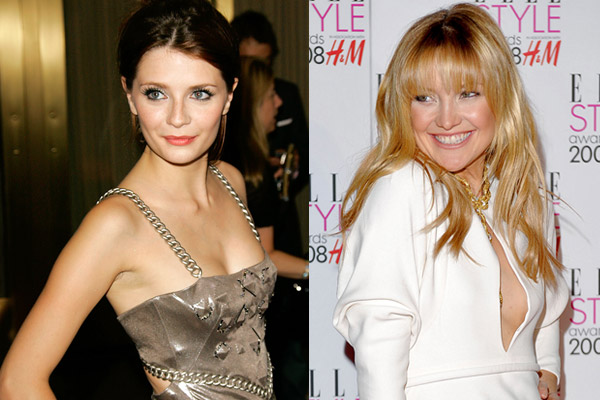 The Chronicles of tiny women

Apparently, when God was giving out cleavage, my mom was in the wrong checkout line. We all have our secrets, we all have our beliefs and we all have our covert weapons. For those of us nature forgot to give cleavage to, making the most of what we have is a constant uphill battle.

“As a chronically small-busted woman living in a city of overwhelmingly distracting cleavage, I have tried every non-surgical method of bust enhancement that is on the market today,” says Stephanie Hagopian. “The biggest problem with enhancing one’s cleavage is doing it in a way that won’t totally disappoint the man you’re with when your enhancement goes flying under the bed.”

That takes most of the inserts out of the running — though they’re still fun to try out every once in a while. (In fact, Stephanie recommends Bliss Spa’s Nu Bra Backless Strapless Bra to spruce up your décolletage.)

“The topic of small breasts is a huge one for the mental health of our culture,” says Nili Sachs, psychotherapist and author of Booby Trapped: How to Feel Normal in a Breast-Obsessed World. She says 85 percent of women have poor relations with their breasts and have a general feeling of shame about size and shape that grows worse as our culture obsesses more about them.

Itty BittyBra was created for small-chested women. The sizes are 32 AAs, As, and Bs through 36As. And if you are looking for the maximum in uplift and cleavage, Evolution by Margarita Couture is by far the most amazing thing to come into my wardrobe…ever. The bra’s built-in sculpted graduated cups are designed to create a natural look, either under clothes or worn alone. (This, I’ve found, in push-up bras, is rare.) Extra points for really hot interchangeable straps that allow each bra to be worn five different ways.

We all have a few push-up bras in our wardrobe — those are a great idea even if you are already well-endowed. But not all are created equal. The sexiest of the sexy bras for us tiny breasted women come from, believe it or not, Frederick’s of Hollywood. A certain 34A girl we all know and love wears her Hollywood Extreme Cleavage bra religiously — to much fanfare! But, we don’t kiss and tell.

Sexy little things that we are, push-up bras can not be the be all. Shirley of Hollywood sells uniquely bold and sexy intimate apparel, and has taken special consideration to design sexy lingerie, corsets, bustiers and assorted underthings for the smaller sizes that are often ignored by other lingerie companies.

Make the most of what you’ve got

Listen to grandma’s old advice — Stand up straight, shoulders back. This tip alone is worth at least a cup size! Choose flattering clothing — fitted but not tight, and try on a variety of different necklines to see what flatters your particular body shape the most. Finally, check out these great tips on an old Hollywood trick: Using makeup to enhance your cleavage.

You don’t have to go for bust

Fortunately, there are still many celebrities who not only don’t give into the “bigger is better” vibe — such as Mischa Barton and Kate Hudson at the top of this page — but they actually don’t try to conceal the fact that their boobs are about 1/20th of the size of Pam Anderson’s surgically enhanced models.