Formerly one of the stars of Charlie’s Angels (she played Sabrina Duncan from 1976 to 1979) and The Scarecrow and Mrs King (as Amanda King, 1983 through 1987), the newly slanty-eyed, taut-skinned actress has been relegated to the occasional television guest spot and roles in made-for-TV movies.

At least Kate Jackson apparently didn’t get the lip filler. Kudos for that. Are you listening, Pete Burns? 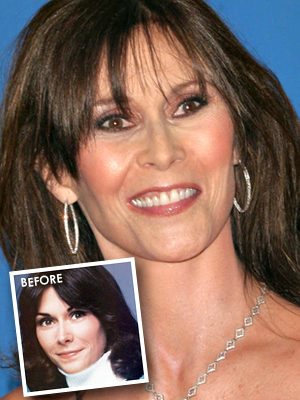