So you’re looking to lose a few pounds and you’re full on into it – cutting carbs, working out, keeping a food diary, the works. And your hard-fought efforts will no doubt pay off, but what can you do in the meantime to at least make yourself look thinner? Check out these 6 tips on choosing a face-slimming hairstyle. 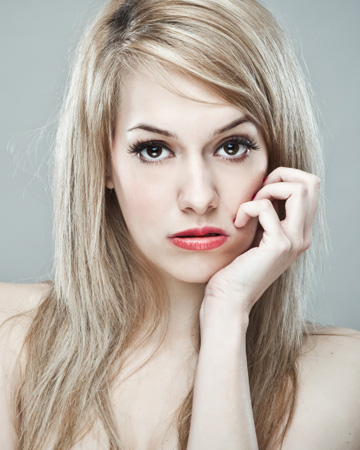 What shape are you in?

When looking for the right face-slimming haircut, the first thing to consider is the actual shape of your face. Round faces are roughly as wide as they are tall… and since you’re reading this, your face is probably rounder than you would like.

But whether your face is round, squarish, rectangular or heart-shaped, the goal typically remains the same: to make your face appear oval-shaped — length about one and a half times its width, with your jawline being slightly narrower than your forehead.

Get a little tricky

Erik von Spindler, a stylist at Lukaro Salon in Beverly Hills says the right cut can help trick the mind’s eye and make your face appear more slender. Layering is key for achieving that effect, he says, and there are also specific hairstyles to avoid.

“No bobs and no short hair,” says von Spindler. “Think vertical stripes on slacks or a dress as opposed to horizontal stripes.”

Stylist Shellye Bolton at Scottsdale, Arizona’s Spa Du Soleil, agrees. “I would probably not do anything too short, not do anything too wide, and have some fringing and soft lines around the face to conceal part of the cheek area and chin,” she says, adding that hair should ideally fall somewhere between the bottom of the ear and the top of the shoulder. A side part will also help to de-emphasize your face’s circular symmetry.

Bolton also notes that getting a cut that’s smoother and closer to the head can give the illusion of a thinner face. Another way to create the suggestion of length in the face by is adding some height to the top… but do so within reason. “Don’t get too big – none of the big Texas hairstyles,” she says.

Both stylists warn women with round faces to steer clear of blunt-cut bangs – a straight-cut fringe across the forehead, or, as Bolton puts it, “Don’t get the straight Buster Brown bangs of days of the old.”

While most stylists recommend against a hard line across the top of your head, you don’t necessarily have to avoid bangs altogether. “Pretty much every facial shape looks good with a little bit of a bang,” said Erin Fink, a stylist with Sachi Salon in Scottsdale, Arizona.

Check out: Finding the best hairstyle for you >> 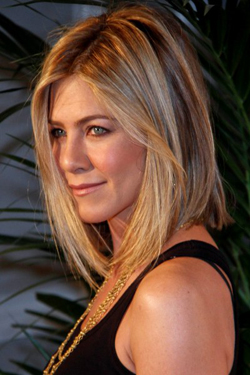 In addition to a flattering haircut, both von Spindler and Bolton suggest using highlighting and color creatively to help to make your face appear thinner. “Contrast is good because it creates shading, and shading is also slimming,” says Bolton. “So I wouldn’t put a big blonde hairdo on a very large woman. I would probably have some blondes mixed in with some browns for a sun-kissed look.”

Although Von Spindler said he turns to highlighting to add some depth and dimension, still, he suggests not placing too much emphasis on color. “It’s really the cut that’s going to make you look slimmer,” he says.

Smooth it on, spray it up

Another consideration in trying to make your face look thinner is to carefully consider what you use to wash, condition and style your hair. “Product has a lot to do with keeping your look,” says Fink. “You just can’t wake up, blow dry your hair and think it’s going to look good all day.”

The right sprays, gels and creams can keep your hair in its most flattering form, boosting volume where you need it, and smoothing any rough spots. (Fink tells us that Bumble and Bumble styling crème has been a lifesaver for many of his clients.)

Don’t forget that hair accessories — from clips to barrettes, ponytail holders to chopsticks — can also help you maintain your ‘do while adding a little personal zing to your look. 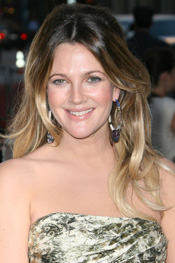 Is there one best hairstyle for round faces?

Finally, don’t think that having a circle-shaped face automatically means you don’t look as hot as everyone else. Some of the world’s most gorgeous women — like Renee Zellweger, Cameron Diaz, Kate Winslet, Catherine Zeta Jones, Drew Barrymore and Christina Ricci — were blessed with round faces. You can bet that they have all learned how to pick the most complementary hairstyles, makeup and clothes for their million-dollar images.

And as these also girls prove, there is no one single haircut for round faces — you have a variety of flattering options. Make your goal to seek balance and proportion, and with a little trial and error, you will find a hairstyle that suits you (and slims you!) perfectly.