If you’re like most, you probably feel your home is well safe-guarded against break-ins and intruders. You keep your doors and windows locked and think twice about who you’ve given a spare key or the code to your garage door to. 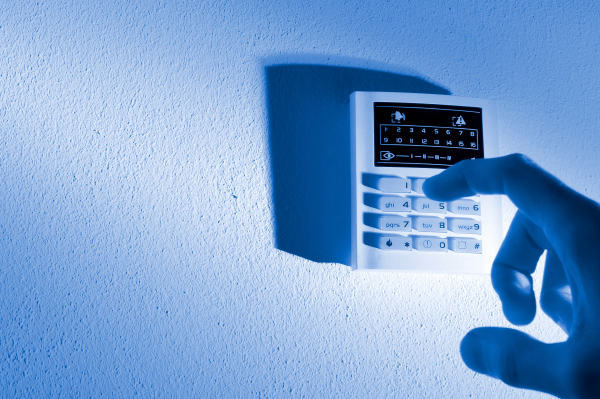 “That’s just not enough,” says Art Noparstak, marketing manager for Intermatic, Inc. and spokesperson for the National Burglary Prevention Council, an organization dedicated to the prevention of residential burglaries.

In 2004, burglars entered a house, apartment or condominium every 14.7 seconds, making off with valuables worth an average of $1,607 each time. Noparstak states, “Sixty-two percent of all burglaries occur in daylight hours, and almost a third are made without forced entry. Homeowners are making the burglar’s job too easy.”

From deadbolts and locks to financial and identity security, what measures should parents be taking? What safety items should every no home be without? Are your children protected in your home?

“Consumers should also consider installing a burglar alarm around their homes,” says Noparstak. Security experts caution that parents aren’t investing in alarm systems, and those that do aren’t activating them during the day or when they are sleeping. “It is a myth that burglar alarms need to be high-tech and cost thousands of dollars. There are many affordable options available, including window, door and table top alarms,” he adds.

Perhaps most frightening is the alarming realization that we’ve become complacent when practicing the lessons preached to our children. Most people believe they are secure when they lock their doors; however Robert Siciliano, the CEO of StreetSafeSecurity.com says, “they unfortunately are not.” The technique of assessing what strangers are safe and what are potentially dangerous is not being practiced by parents who preach it to their children. “I did an episode of the Montel Williams show that covered home security and invasions. I got into every home I approached wearing an Elizabeth, New Jersey water company badge and using a ruse that I needed to check the ‘colorization’ of the owner’s water. Everyone let me in and one lady said it was because ‘I smelled real good’,” says Siciliano.

Before any child is left home alone he or she should be taught proper safety and security. “This includes never opening the door to strangers, knowing how and when to call 911, not inviting guests unless given permission, and other issues regarding fire safety and emergency response,” urges Siciliano.

Assessing your child’s maturity level and willingness to comply with your safety rules and regulations will go far in keeping him safe. “I was shocked when I called a friend’s house and her nine year old son answered the phone by stating his mother wasn’t home. Thank goodness I was a friendly caller,” says Annie Brighton of Plymouth, MA. “Even though I felt bad that he may get into trouble, I told his mother what happened to prevent him from being injured. It was so unnerving to think that he was so irresponsible”.

In addition to rehearsing whether to answer the phone and what information should be given to callers, keep emergency numbers and your contact numbers accessible by all phones and programmed into speed dial.

What no home should be without

In addition to home alarms, double keyed deadbolt locks, and, cellular and corded phones in case of various emergencies, home safety experts caution there are a few other items that no home should be without. “Install ‘Beware of Dog’, or ‘This House Alarmed’ signs and stickers on your fence and/or doors. Anything that may cause someone to think twice about attempting to enter helps,” says Siciliano.

Noparstak adds, “All exterior locks should have at least a 1″ throw and reinforced strike plate with 3″ screws and all windows should have window locks.” Exterior doors made of solid hard wood or reinforced steel and include a dead-bolt lock with a bolt of at least one inch in length are preferred by security experts. “A peep hole helps to screen visitors without opening the door and exposing yourself to potential danger,” he explains. Insert a wooden dowel or stick in the track of all sliding doors to prevent an intruder from easily forcing open the sliding glass door, and use through-the-door pins to keep the door from being lifted from its track.

According to a study conducted by Customer Profiles, Ltd. and Master Lock, sixty four percent of American homeowners allow their keys to wander. New to the market, the NightWatch deadbolt limits reduces the risk that workers, babysitters or cleaning personnel who may have once had access to a house key will be able to enter a home. When engaged the deadbolt cannot be picked, which gives homes an added layer of security that no other deadbolt offers. The deadbolt system is available at most home improvement centers and hardware stores for approximately $50.00.

Smash-proof window films are another home security measure that parents are using to keep their children safe at home. These clear window films are easily installed on the interior side of the window and protect your home against break-ins as well as high-force winds that might otherwise blow shattered glass into the interior of the home. These films cost an average of $10.00 to $15.00 per square foot.

For more tips on safeguarding a home or apartment, visit www.burglaryprevention.org.