A sign in one Kansas garden center says, “If you can dig a hole and water, it’s time to plant.” 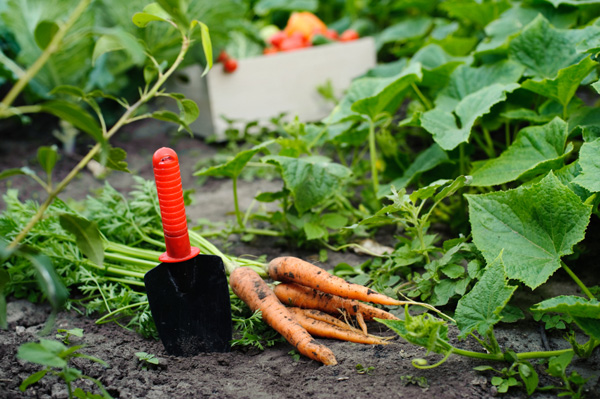 “That’s true. Yet, it’s not everything to consider,” said Ward Upham, horticulturist with Kansas State University Research and Extension. Many plants can be planted almost any time, but depending on when they’re planted, may require more careful management early on than if planted at ideal times of the year.

Take, for example, container-grown and balled-and-burlapped trees and shrubs. Those plants tend to settle in more easily during spring or early fall.

“Keeping a newly planted ornamental healthy during hot, hot weather is a challenge,” he said. “Until it settles in and develops new roots, you’re always fighting the fact that its root ball dries out much faster than the surrounding soil. Overwatering and underwatering both can easily become a problem.”

The time to plant sign is the least true for bare-root stock.

“In the Midwest, at least, bare-root stock needs to go in the ground during early spring, when plants are just breaking dormancy, or in the fall after the leaves have dropped. That’s why a Kansas-owned nursery won’t have bare-root plants for sale in summer, but a chain store or a catalog might,” he said.

Bedding and seeded plants have much the same problem as ornamentals and sometimes worse.

“Their roots can be so shallow that even keeping established bedding plants alive during a heat wave can seem impossible,” Upham said. “I suspect that’s also why spring vegetable gardens are fairly common. But, planting cool-season garden crops during summer, to harvest in fall, is fairly rare.”

Lawns might seem to be another exception to the sign’s rule. The time to seed is early fall for cool-season fescue and bluegrass and late spring through July for warm-season bermuda and buffalo.

“Warm-season turfs planted now don’t spread and fill in as well as earlier planted lawns,” Upham said. “But, you can sod a lawn almost any time during the growing season. Of course, if it’s fescue or bluegrass, which Kansans prefer, you’ll have a horrendous water bill, if sodding in summer.”