“Campaigns to prevent sunburn should aim at reducing the number of days with risk behavior and be directed at adolescents, young adults, and sun worshippers.” 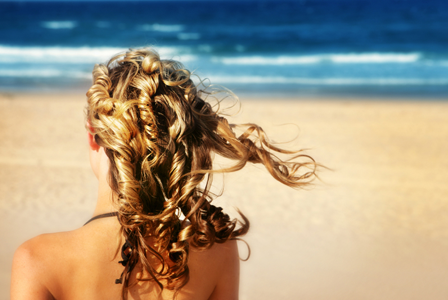 In Danish volunteers, sunburn was typically associated with female sex, younger age, high risk behaviors like sunbathing, and long hours exposed to the sun, according to an article in the April issue of Archives of Dermatology, one of the JAMA/Archives journals.

According to background information in the article. Researchers have also reported that a relationship exists between sunburn and skin type, age, sex, and risky sun behaviors.

Elisabeth Thieden, M.Sc. (Pharm.), from the University of Copenhagen, Denmark, and colleagues studied the behavior of 340 Danish volunteers to determine when sunburns occur and who experiences them. The study participants received wristwatch UV radiation dosimeters (devices that measure radiation) to record sun exposure and filled out diaries including details about sunburn, sun-exposure behavior, and exposure location. The average age of participants was 30 years (age range, 4 – 68 years).

The researchers found that mostsunburn days occurred on a person’s day off work (n = 91 percent), while partaking in risky sun behavior like sunbathing or exposing one’s shoulders (n = 79 percent), in May, June, or July (n = 90 percent). On the days when sunburns occurred, participants were exposed to the sun for an average of 6.4 hours, of which an average of 2.8 hours fell between noon and 3 P.M. Overall, adolescents, “sun worshippers,” and indoor workers had more sunburns than children, golfers, and gardeners. Despite applying sunscreen on more days, female participants had a median of one sunburn, more than male participants, due to more days with sun risk behavior. Number of sunburns peaked at age 20 years.

In conclusion, persons had the highest UVR dose on sunburn days with risk behavior.

“Adolescents and younger adults had the most sunburn days, the most risk-behavior days, and the most exposure hours between noon and 3 P.M. and thus accumulated the highest UVR dose,” the researchers state.