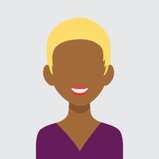 What is your passion? Be honest with yourself about it. Really think about what you’re interested in. What you enjoy, what captures your imagination and gets your brain going. What YOU want to do – not what you believe your parents or your teachers or society or your four brothers think you should do. In this excerpt from Ten Things I Wish I’d Known, Maria Shriver shares the seeds of her dream to become a news reporter. 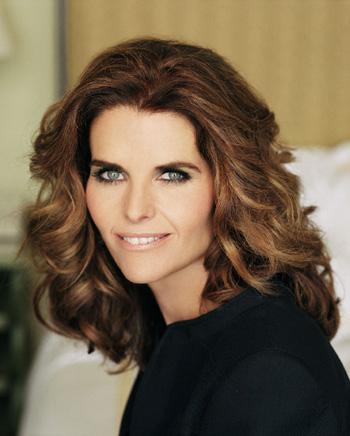 When I graduated back in 1977, all I wanted to do was anchor a network TV show. Everyone thought I was nuts. My parents’ friends told me to get a grip on myself and go to law school until I could figure out what I really wanted to do. Others suggested I should catch the wave that was surely going to wash up on Wall Street. My girlfriends all wanted to go to the big city, get an apartment together, and have a blast. Still other people told me to get out of denial, stop fighting the family tradition, and go into politics. All legitimate goals, but they weren’t mine.

I wanted to make a difference in people’s lives, but not through the law or business or politics or public service. I wanted to tell the stories of the day in the medium of the day, television — reaching out to the world with ideas, made real in words and pictures.

Now, how had I gotten so passionate about going into television news? I was bitten by the bug back in 1972, when I was still in high school. As the ancient history majors among you may know, that year my father was the Democratic nominee for vice president. I was helping out on his campaign, and I was lucky to get the rare opportunity to travel on the campaign plane. (Note: If you have the inclination or the opportunity to work on an election campaign, grab it. I guarantee you’ll learn more about people and politics in this country than almost anywhere else your travels may take you.)

Being in the back of the plane wasn’t so bad

My father’s staff stuck me — “candidate’s kid, obviously a brat!” — with “THEM” in the back of the plane. It turned out to be the best thing that ever happened to me. You see, the back of the plane was where the fun was, because “THEM” was the press, the hardworking, wisecracking guys (and a few women) from the big national media-newspapers, wire services, radio, and TV. Most of them had covered politics for years, watching the passing parade of candidates and campaigns through practiced (some would say jaundiced) eyes. They were constantly observing and commenting, and their endless stream of quips and coverage — even cartoons — put the presidential campaign on a whole new plane for me. Literally.

Remember, I’d lived and breathed politics my entire life-had political discussion and debate served like mashed potatoes with dinner every night since I was a little kid. In a lot of ways, politics and making history was the family business. But that year on the campaign, I experienced firsthand something groundshaking to me: I saw how the newspeople put their fingerprints on history before it became history, taking something that had just happened in front of my eyes and giving it context. What the public saw was not the raw event I was experiencing on the campaign. It was filtered and explained and shaped by the journalists first.

And as we traveled the country, this colorful, wonderful band of smart and funny explainers and shapers was constantly changing. Reporters and crews from local media would jump on board for a while and then drop off-people with regional interests, like agriculture in Wichita or unionism in Detroit, who’d put their own spin on it. And I also got to fraternize with and observe some of the real heavy hitters of political journalism. They’d travel with the campaign for varying lengths of time, and I’d eagerly await their pieces in the New York Times or the Washington Post or the CBS Evening News and scarf them up.

But the difference between regional and national reporters wasn’t the only one I noticed. The straight reporters would report what they’d seen and heard — picking and choosing their story elements from what actually happened, but then just showing and describing them and letting readers or viewers come to their own conclusions. In contrast, the name columnists and commentators would get to interpret and analyze, offering their personal takes on what was going on in Campaign ’72.

Either way, though, I saw it was the newspeople, not my dad or his press people, who decided what part of a speech, if anything, made it into the papers or on the air. By punching up certain issues or making the candidates the issue or focusing on the horse race, these journalists wielded huge influence. And it seemed to me that television had the most heat. It possessed an immediacy, an ability to capture and transmit the excitement (or the boredom) of the campaign-and the sincerity (or cynicism) of the candidates.

And it dawned on me right there in the back of the plane eating peanuts, that television would be the politics of the future. Television would be the way to touch people, move and excite them, anger and educate them the way politicians used to when they had direct contact with voters one-on-one in the streets. I knew this in my gut, and I wanted in.

Remember, this was the 1972 election, just a heartbeat before the Watergate scandal broke open. Before Bob Woodward and Carl Bernstein (let alone Robert Redford and Dustin Hoffman) intoxicated a generation with the ideal of crusading journalists exposing the bad guys to the light of the truth. In 1972, the news biz was not an obvious career choice, especially for a young woman.

Secrets to be kept

So I sat in the back of the plane eating too many peanuts (more on that later), thinking, “Yes, this is for me.” I, too, would travel the country and even the world, meeting people from every place and every walk of life. I’d hear their stories and then turn around and bear witness, sharing them with the rest of the country. I would be part of this pack of intense and highly competitive professionals. Work would never be boring. Laughter was a big part of it. And hadn’t I always said I didn’t want a desk job? These guys on the plane didn’t even have desks.

Day after day, I asked my traveling companions every question I could think of. Where’d you go to school? What did you study? How did you get all of your experience? How do you handle the competition? What about that punishing deadline every day? Do you dread it or crave it? How many newspapers a day do you read? Five? How do you get scoops? How can you be so breezy, schmoozing politics with the other reporters, when your real goal is to beat the pants off them every night? When do you see your kids? I soaked up the answers, and my own dreams came into focus. By the time Campaign ’72 was over, I knew what I wanted to do with my life-but I didn’t tell a soul.

I didn’t tell anyone because I thought they’d view it as silly, and I didn’t want the hassle of trying to convince them otherwise. I knew otherwise, and that was enough. Also, part of it had just a little something to do with my family, which regarded the press in many ways as an adversary across a great divide-prying into our lives, chronicling our every move. Like many young people who are secretive about their dreams, I thought my family would be incredibly disappointed in my choice.

But remember, just because you think you must fulfill others’ expectations doesn’t mean you have to. And here’s something shocking: You actually might be wrong. I was. When I finally told my parents what I wanted to do, they never once warned me not to. They never once told me I couldn’t or shouldn’t or wouldn’t possibly succeed in the news business. They just nodded and said they regretted they couldn’t really help me in that business, and they gave me their blessing. They might have thought I was silly or nuts, but they never let me know. They let me grow, and any skepticism they possessed changed into pride. Eventually.

Of course, my father’s ticket lost the election in 1972. But not me. I won — a vision I could follow into my future, a passion I could pursue. It colored every decision I made after that — where I lived, where I worked, and who I spent time with. I was determined to learn everything I could about TV news, and I was determined to be good at it.

Trust your gut, no matter what you expect your parents or teachers or anyone else will think of your choice. Lots of people don’t know where to start. So try to pinpoint the field, the area, the kinds of people you want to be with. It’s your life. Go with your gut.

More ways to succeed in your career