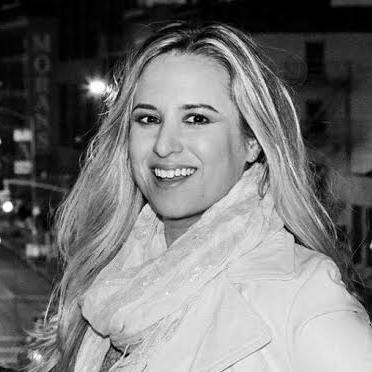 Even in 2020, plumbing isn’t the kind of job many women are attracted to. But Adrienne Bennett is not most women. As America’s first African American female master plumber, Bennett has spent 40 years shattering boundaries—for her race, her gender, and her profession. Propelled by a strong spirit and fierce inner drive that push her ever forward, Bennett is now CEO of her own commercial plumbing and water conservation company, Detroit-based Benkari LLC, and recently took on its biggest and most high-profile job to date—restoring the iconic Michigan Central Station.

Being one of very few females in her field has not been an easy journey. “When I entered the industry,” Bennett recalls, “there were only five women in the program before me and, for different reasons, they all left.” Bennett stayed the course—no surprise to anyone who’s known her for long.

Finding the strength to show up

One of eight siblings, Bennett excelled in math and science. At nine years old she was putting together models of the Apollo Space Station for fun. After high school, Bennett was on a path to becoming a mechanical engineer, but a fortuitous encounter changed her career trajectory. In 1976 at a rally for a presidential candidate, Bennett was approached by a recruiter from the Mechanical Contractors Association of Detroit who was looking to bring minority women into the trade. He asked her, “How would you like to make $50,000 a year?” It was an offer Bennett could not refuse. And so, she entered a five-year apprenticeship program with the Plumbers’ Union.

“Because I started with an engineering background, I knew the principles of the piping system, but I was a little-bitty thing, and carrying heavy pipes up stairs and over thousands of feet, I had to figure out a way to survive,” Bennett says. And she got stronger—both physically and mentally.

“It was lonely, demanding, and very strenuous,” Bennett says. Not only did she face the physical challenges of the job, but the emotional challenges were sometimes even harder. She confronted harassment, abuse, and discrimination directed toward her race and her gender. “It’s a white, male dominated industry; they didn’t want me there, and they were very vocal and very physical about letting me know that,” she says. “I had to find the strength to show up every day and to outthink them.”

But nothing could break her. Each day Bennett looked forward, as she continues to do today. She says, “There were days I wanted to quit. There were days I cried in the car as I drove home that two-hour commute—but I never let them see me cry. I just don’t know how to quit.”

As a mother of three, balancing her career with motherhood took a lot of juggling and a lot of praying. “My oldest would have my bath water ready for me when I got home. I had to strip at the side door so I wouldn’t come into the house with those clothes on.”

Dogged determination and sheer will helped Bennett persevere, rising up the ranks and gaining the experience to ultimately form her own company, Benkari, in 2008. Today, Benkari is working with Ford to help breathe new life into the city of Detroit—including its cornerstone, the Michigan Central Station. “I remember going to the train station as a young girl,” recalls Bennett. “Everyone would dress up to ride it. Ladies wore hats and gloves—it was a fancy deal to take the train. There was so much hustle and bustle when it was really active.”

But, after 30 years of neglect, the station has fallen into ruins. “When we got the contract to restore the train station, I went to see it. It was homeless. It had no ownership. It was thrown away. No one had taken care of it, no one cared about it, it just sat there, season after season, through cold winters and the hot sun beaming down. But there it stood.”

To Detroiters, the towering building has profound meaning. And so does the project to rebuild it. “I thought about what I had to go through my first 30 years of being in the plumbing industry and, yet, I am still standing, too.”

For Bennett, it was a full-circle moment—coming back as the boss of her own company to restore and resurrect one of the greatest icons in her city. “I’ve been told I’m a phoenix rising out of the ashes—and so is the Michigan Central Station,” she says. They’re both still solid and steady, forever looking forward, even after years of hard hits.

Moving her city—and its children—forward

Among the hurdles on the road before them, Bennett and her team were first focused on removing standing rainwater from the building’s basement, which had been pooling there for 30 years, and preventing more water from coming into the rest of the building. “The building is like our body, the piping system is like our blood vessels, and the water that flows through the pipes is like the blood flowing through our veins,” she explains. “If you don’t use those systems, they’re going to corrode and they’re going to clog up the same way as our hearts and our valves.”

Now that the first phase of removing the water is complete, Bennett and her team will install new plumbing fixtures, piping systems, and storm waste and vent systems throughout the building. “Once we have completed the second phase, it’s going to be a brand-new building; it’s going to be a renaissance; it’s going to be another icon that will last 100 years because of everything we’re doing to it to revitalize it,” she says.

That hope is what continues to move Bennett forward. She’s also motivated to educate young people in order to encourage a better understanding of the plumbing industry.” “Exposing younger people to this industry so they will learn this trade will help them understand that it’s better to revitalize an old building than just tear it down,” Bennett explains.

It’s that same belief in creating something lasting that drives Bennett to light the way forward for the generations behind her. “You’re learning a trade that you’ll be able to do for the next 40, 50 years. It’s not a job, it is a career,” she says. “I say, be that mentor, that guiding light. Invest in your children because they’re your legacy.”

This article was created by SheKnows for Ford.