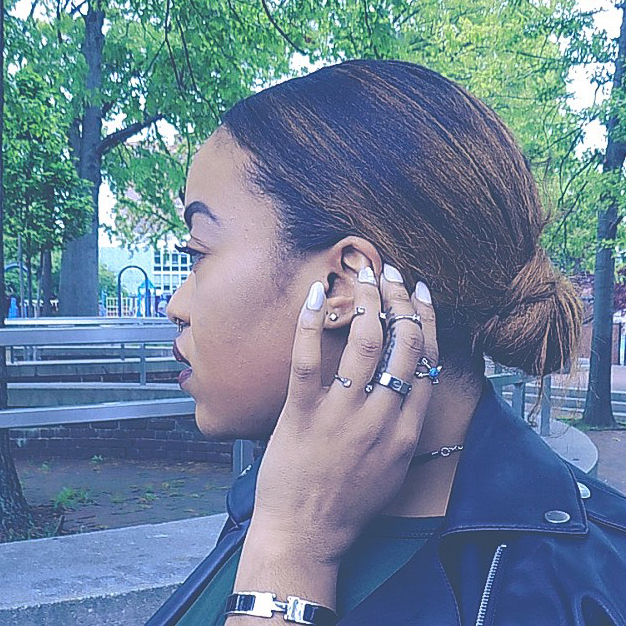 The U.S. is undergoing major change right now. After the murder of George Floyd, an unarmed black man in Minneapolis, citizens took to the streets in protest. Since then, there has been at least one protest in every U.S. state; with cities like New York and Washington, D.C. protesting every night since Floyd’s untimely death, many under the umbrella of the Black Lives Matter movement.

Amidst the outpouring of donations, marching and signing of petitions, one call to action is to brands specifically: How will you show up for the Black community? Some brands have remained suspiciously quiet, while others have stepped up, pledging dollars and major internal changes.

Here are some of the brands who have chosen to show public solidarity for the Black Lives Matter Movement.

Is it any surprise that our outspoken Baijan Queen Rihanna was one of the first celebrities AND brands to unapologetically show her support for the BLM movement? After delivering her powerful “pull up” speech at the NAACP Awards back in February, Rihanna followed up with closing all three of her namesake brands for #BlackOutTuesday on June 2.

We are not staying silent and we are not standing by.⁣ ⁣ The fight against racial inequality, injustice, and straight up racism doesn’t stop with financial donations and words of support. In solidarity with the Black community, our employees, our friends, our families, and our colleagues across industries, we are proud to take part in #BlackoutTuesday.⁣ ⁣ Fenty Beauty will NOT be conducting any business on Tuesday, June 2.⁣ ⁣ This is not a day off. This is a day to reflect and find ways to make real change. This is a day to #PullUp⁣ ⁣ Black Lives Matter

We are staying tuned for what other ways the singer, designer and icon will show up, but we know it will be good.

Show Fenty some support by trying out this lip gloss trio.

The maker of a childhood favorite, Legos, isn’t playing around. On Wednesday, Legos Group posted a message to their Twitter page sharing that they are pledging $4 million to organizations “dedicated to supporting black children and educating all children about racial equality.”

Rumors even circulated that the company was pulling all law enforcement-related Lego sets from the shelves. A confusing memo was sent to Rakuten affiliates, with a list of the “banned” sets, according to an industry publication, The Toy Book. A Legos Group representative later cleared it up in a statement; sharing that the instructions were to not advertise those products, but that they were still for sale.

Lego has not named which organizations will receive their $4 million donation.

The Beauty community has been very vocal about their support for BLM and the Black community. There have been several brands in particular that have donated money, shown public solidarity AND announced programs to work with more Black beauty creators and Black-owned beauty brands.

Instagram IT girl go-to Glossier and affordable fan-favorite Colourpop both donated $500,000 to various charities. In addition to their donation, Glossier shared that they are kicking off another $500,000 program aimed at supporting Black-owned beauty businesses, with more details to come later in the month.

Colourpop, who has been criticized for the lack of Black creators they have featured and worked with in the past, shared that they are committed to hiring and featuring more Black influencers in their campaigns and collaborations.

We want to make #blacklivesmatter our primary focus on all platforms. We have taken time and will continue to educate ourselves and find the best ways to ensure black voices are heard. In support of #amplifymelanatedvoices we will be muting our usual content until further notice. – #BlackLivesMatter #JusticeForFloyd #JusticeForBreonnaTaylor #JusticeForAhmaudArbery

A post shared by ColourPop Cosmetics (@colourpopcosmetics) on Jun 1, 2020 at 7:25pm PDT

Other beauty brands, including Maybelline, Ulta, CoverFX and countless others pledged anywhere between $100,000 to upwards of $1 million towards Black charities and organizations.

Show Colourpop some support by trying out one of their lip colors.

Who remembers when just six months ago, stationary bicycle maker Peloton was in the news for all of the wrong reasons? The company’s holiday advertisement, showing a husband gifting his wife a Peloton bike, was heavily criticized. It was called sexist, bizarre and out-of-touch. Peloton learned from their mistakes and stepped up in the best possible way by being the first fitness brand to pledge $500,000 to the NAACP.

The Black community is hurting. Our Black Members, instructors, music partners and employees are hurting. #BlackLivesMatter, and it’s time to take action. To start, we are making a $500,000 donation to @naacp_ldf. We have more work to do. Will you join us? Get involved: 1. Join the #BlackLivesMatter tag and ride, run or flow with fellow Members in support and solidarity 2. Speak up and speak out against racism 3. Learn ways to practice anti-racism 4. Donate to NAACP LDF

The brand posted a video to their social media pages on May 31, with the pointed words, “We refuse to sit back and remain idle while racism runs free.” The company has also been promoting programs run by their black women instructors, and their website banner reflects #BlackLivesMatter artwork.

Everybody knows your favorite ice cream-churning duo from Vermont has never shied away from the serious issues. Ben & Jerrys is known for their philanthropic and community efforts, and their dedication to Black Lives Matter was no different. In fact, back in 2016 when other brands were not as keen to proclaim “Black Lives Matter,” the brand posted a powerful message to their website, showing support.

The murder of George Floyd was the result of inhumane police brutality that is perpetuated by a culture of white supremacy. Link in profile for our full statement.

The brand doubled down on Tuesday, June 2, posting a message to their website, “Silence Is NOT An Option.” They go further, plainly calling to dismantle “white supremacy,” and then outlining a four-step plan as their call to action. Next time you’re in the mood for a frozen treat that’s good and woke, consider some of their most popular flavours, including Half-Baked and Cherry Garcia. These are far from the only brands who showed up for the cause, there are many other brands who have pledged dollars and words to help fight racism. We cannot do the work alone, and now more than ever there is a need for both people and brands to step up. Who will answer the call? Will you be the next one to “pull up” in the fight for justice and equality? We’ll be waiting.