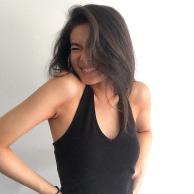 Australia is currently experiencing one of the most widespread and devastating outbreaks of bushfires in the nation’s history, and opportunities to donate to relief efforts are here. If you’re looking for how to donate to the Australian bushfires, then scroll through for details on donating directly to firefighters and wildlife organizations, plus an Australia-based fashion label that’s donating 100 percent of its proceeds to relief efforts.

If you’re not up to date on what’s happening across the continent: Bushfires are tearing through rural communities, leaving several fatalities and destroyed homes and wildlife in its path. Nearly half a billion animals are feared to be dead as a result of these wildfires—and authorities are fearing and bracing the country for another weekend of catastrophic danger. New South Wales and Victoria, Australia’s most populous states, are raging with extreme blazes, causing NSW to declare a state of emergency and several areas of Victoria to declare a state of disaster.

With numerous fatalities, destroyed homes, and thousands of people left stranded or in limbo, providing help is vital. Below, we’ve gathered what we know about donating to Australian bushfire relief efforts, plus a fashion brand that’s stepping up to donate the entirety of this weekend’s proceeds to the cause.

Donating to the Firefighters

To directly support firefighters on the frontline, you can donate to the New South Wales Rural Fire Service here and the Victorian Country Fire Association here.

As a result of the bushfires, Sydney University has estimated over 480 million animals have died since September. To help the New South Wales wildlife victims, you can make donations to the NSW Wildlife Information, Rescue and Education Service (WIRES) here.

Donating to Those Affected

The Salvation Army has launched a disaster appeal to support the communities affected by the bushfires, to which you can donate here. “Our teams are providing meals to evacuees and frontline responders, and will continue to provide whatever support is needed as the situation develops,” said General Manager Strategic Emergency and Disaster Management, Major Topher Holland.

The St Vincent De Paul Society is also launching a bushfire appeal to assist those impacted by the fires with rebuilding their lives by means of food, clothing, funds and other essentials. You can make an online donation here.

Donating monetarily to the Australian Red Cross is also an option. But while they are heartened by food and clothing donations, they currently aren’t in a position to accept and distribute these items. The charity shared, “Our experience with emergencies shows that donations of money, where possible, help affected communities recover soon.” You can donate to the Australian Red Cross here.

If you’d like to donate specific items that those affected by the fires are in need of, you can do so with Givit. The exact items that survivors of the fires need are listed—you can either provide those items or send monetary donations (of which 100 percent of the money will be donated to purchasing the listed essential items).

You can also support the delivery of emergency food relief and water to firefighters and impacted communities in East Gippsland by donating to Foodbank here. Each $1 will provide two meals for a survivor in need.

Donations can also be made to the Victorian communities of Cudgewa and Mallacoota through GoFundMe.

Australia-based Avenue the Label has pledged to donate 100 percent of their proceeds this weekend to fire relief efforts. If you’re looking to support a brand that takes care of its community, then Avenue the Label is the one to shop from.

This story was originally published on STYLECASTER.