As much as we try to resist Ikea, the Swedish furniture and home furnishings giant seems to have us perma-hooked by the cheek, and with every new collection released, we get reeled back in. From the low, low prices and the (relatively) easy assembly to the trendy prints, the store has everything. So, it comes as no surprise that virtually everyone has something from Ikea in their home or dorm room. But what popular Ikea products are you bound to find in homes across the U.S.? Homes.com found out and released its findings this week. 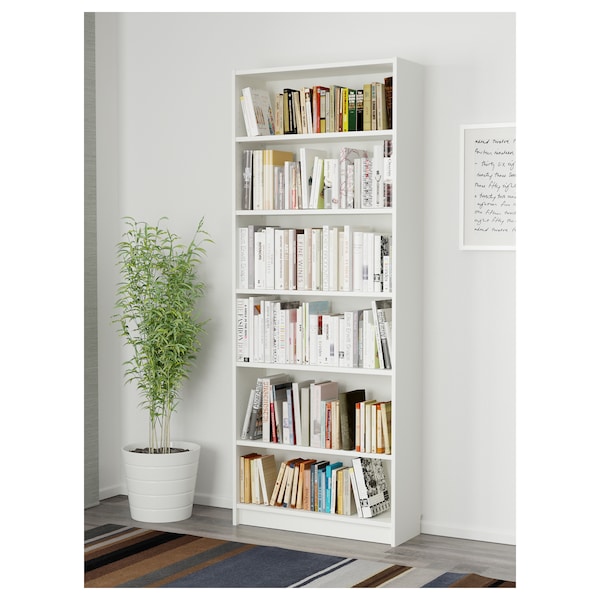 Launched 40 years ago in 1979, the Billy bookcase is simple, it’s sleek, it’s neutral, it’s functional, and — above all else — it’s cheap as hell. Come on, you can’t beat a $59 piece of nearly 7-foot-tall furniture (even if it’ll barely survive one move).

The Billy bookshelf is the most popular product in 22 states, including Alabama, Georgia, Nebraska, North Carolina, Ohio, Tennessee, Virginia, and more. “It’s impressive how this product is able to capture the needs of so many different homeowners, from Texas to Maine, looking for a simple way to add shelving to any room in their home,” the report states.

The Stockholm rug came in at No. 2, popular among four states, including Kansas, Minnesota, South Dakota, and Vermont. We’re not surprised: It’s, again, neutral boasting black-and-white stripes, and adds a tiny touch of whimsy to any space.

“We noticed these results were common in areas with colder climates, such as Minnesota, South Dakota, and Vermont,” the report states.

The whole report is a fun scroll, so head over to Homes.com to take a look.

10 Hydrating & Plumping Foundations That Are Surprisingly Good for Mature Skin

Sarah Jessica Parker’s Secret to Plump Under Eyes Is This Amazon Favorite That Has Nearly 10,000 Perfect Ratings

15 hrs ago
by Brittany Leitner