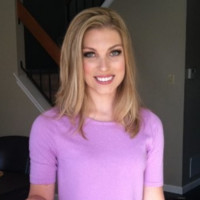 Flip or Flop star Tarek El Moussa has made headlines over the past few years for a highly publicized divorce from his ex-wife and co-star, Christina Anstead, but this year, he’s turning a new leaf. The professional real estate investor has several new business ventures up his sleeve, including Tarek’s Flip Side, a digital series for HGTV, showcasing his personal life as a father of two to Taylor, 8, and Brayden, 3. Additionally, Tarek has been working with the network to create a new show about mentoring rookie flippers and of course, filming the upcoming season of Flip or Flop.

In an exclusive interview with SheKnows, the entrepreneur and TV personality reveals whether or not he would challenge other Flip or Flop couples to a house flipping competition if his dating life will air on his new digital series, and the two biggest mistakes first-time flippers make.

SheKnows: Congratulations on your new digital series, Tarek’s Flip Side! Did you have any reservations about opening up and sharing your personal life?

Tarek El Moussa: My personal life has been opened up like nine million times, and a lot of the times it was opened up, it was negative things. I was very excited to really show everyone what I’m all about, what my life’s all about — the real me.

SK: What will viewers be surprised to learn about you?

TEM: I’m just kind of an everyday guy; this is just how I am. I was like this before TV, I was like this on TV, I’ll be like this after TV. I am an open book and I think people will get an opportunity to kind of see how I really am outside of Flip or Flop.

SK: You’ve mentioned in previous interviews that you are open to falling in love again. Will viewers get a glimpse of you dating on the series?

TEM: No, because I’m just not there yet, in a personal place to take on that challenge of falling in love again because that sounds like a big mountain to climb. Right now, I’m just putting all my love towards my kids and every extra ounce of energy I have goes towards building my brand and just becoming better at who I am. I’m sure one day when the dust settles, I might get lonely and look for someone.

I just LOVE this photo of me and my babies!! . If you ever see us around town we are always somehow connected!❤️ . This photo reminds me of what a father is….which is a leader! . Kids watch everything we do and it’s our job as parents to do everything possible to provide a good example. . We are in charge of molding our kids into amazing people which will one day run this world! . I guess what I’m saying is to remember we are always being watched so make sure we are doing the right things! . Their future is highly dependent on our actions!! . I finally made it to Vegas for the UFC fights check my story! Are you doing anything fun tonight 🤷‍♂️🤷‍♂️🤷‍♂️ .

SK: You also have your hands full with a new HGTV show about mentoring rookie flippers. Does the show have a name yet?

TEM: There’s no name; I shot the pilot episode — which the reviews I’ve been getting are very, very good. I think there’s a good chance you might see a series.

SK: In the pilot episode, were you working with any rookie flippers?

TEM: Yeah, I’m working with a young couple out of Los Angeles and they put it all on the line to flip a property. I’ll tell you what – it’s real. Going into this thing, I wasn’t too sure about it. I was like, “Is it going to be too boring?” but no, I’ve been doing this for forever, I’m known around the world for flipping houses. I’m telling this couple what to do and the next day I show up and they didn’t listen to anything I said because they thought they knew better than me. I’m standing there like, “Is this for real?” I was waiting for Ashton Kutcher to come out and punk me. I was flabbergasted but that’s what makes it a great show.

SK: Have you seen any meltdowns with the rookies while renovating for the first time?

TEM: There were definitely a couple of close calls. There was definitely a lot of real stress going on, I can say that for sure.

SK: How did this show come about?

TEM: I love coaching. For me, the reason I’m successful is because I started being coached at a very young age. I’m a huge believer in having a coach, a mentor or having someone that inspires you and someone that you can follow and believe in. I’ve always wanted to do this type of show and the opportunity came up and I jumped on it. Nothing sounds more exciting than to take someone that’s new to real estate and flipping and giving everything I can to help them make a profit.

SK: What piece of advice resonated with you when you were first starting out in the business?

TEM: They pay too much for the house and they don’t calculate all the costs involved on top of the construction. Those are the two biggest mistakes.

SK: As if you aren’t busy enough, Flip or Flop is coming back for its eighth season. Out of the eight seasons, is there a style or a specific idea you’d like to incorporate into a house that you haven’t done yet?

TEM: I think we’ve done every single design. We’ve done around a hundred and twenty-something houses on TV so there’s a lot of them.

SK: Would you ever consider doing a flipping competition with other Flip or Flop couples on HGTV?

TEM: Oh, I would LOVE that.

SK: Is there a particular Flip or Flop couple you’d want to take on?

TEM: No, not necessarily. I just love to compete. All of them, why not? I might do a little cheating to win, but…

What!!!???? Does Tarek actually do demo!🤔🤔🤔!!! Hhhmmmm… . In case you guys don’t believe me yes I actually do demo!! I can knock out a kitchen fast!! But..I move too fast and things always break and hit me😂😂😂 . Hope you like the first demo photo over!! And…as always:) thank you so much for commenting, sharing, and following. I love all the support you give me ❤️ .

SK: What do you think is the next big design trend?

TEM: Right now, I think the look of spaces is more contemporary minimalistic but with accent pieces incorporated like accent walls, unique fireplaces, wallpaper, things like that. I’m seeing homes now more like a work of art, where it’s a clean slate with accent pieces.

SK: Is there something you want to do that you haven’t had a chance yet to do?

TEM: The one thing I want to do is really give back and help people and create change. I’ve been through a lot in my life — I’ve suffered a lot, I’ve failed a lot, and at the same time, I’ve succeeded and accomplished a lot. My social media platform is one of my most therapeutic places to go; I love sharing with my fans and inspiring, motivating and coaching. That’s my future: I want to give back and just help people.

For more behind-the-scenes peeks into his digital series and new show, you can follow Tarek El Moussa on Instagram at @therealtarekelmoussa.

This interview has been edited for style and length.