Do you have dreams that you’re putting off following until after your children are grown? You don’t have to put them on the back burner. Women can have dreams, and be committed to their families. Read on about one California mom who’s reaching her dreams one day at a time. 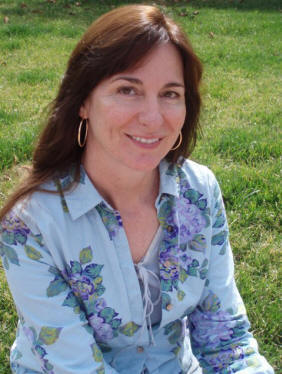 One mother who dreams

Successful freelance journalist and romance novelist Sheri McGregor home-schooled her five children before she ventured into the world with her own dreams. A self-professed earth mother she nursed for ten consecutive years, straight through her pregnancies, while keeping her dreams tucked away in her heart. Now she balances a full-time writing career with motherhood in southern California.

“I used to sew all the time. I made my own suits, jeans, and clothes for the kids, things for the house, and I loved it,” McGregor says. She didn’t think twice about making every cookie that passed between her children’s lips.

As her children grew, family dynamics changed and they needed her less. However, when her own mother died suddenly, McGregor realized that maybe those home-baked cookies, and new outfits weren’t as consequential as fulfilling her dreams.

Don’t wait for “some day” to come

“I used to always say some day for my writing.” While the kids splashed in a wading pool, played games together, or watched a video, McGregor spent her free minutes scratching out fictional stories. She sent a few stories off to publishers and received handwritten rejection notes encouraging her to submit more. “I didn’t have the support from other writers to go any further with my writing at that point,” McGregor says.

Her mother’s unexpected death at 54 years old, and lack of fulfillment throughout her life fueled McGregor’s urgency to answer her dreams before it was too late. “Mom was a terrific writer but never tried her hand professionally,” McGregor says. “Even when all the kids were grown she didn’t take time for herself,” she says. “There were times when she was happy, but there was always a sense that she longed for something more.”

“If I put off my dream of writing, would I have the chance to pursue it later?” she says. “I knew I’d be plagued with *what ifs* for the rest of my life if I didn’t do something immediately.” After talking to a college counselor, she attended a one day “How to write a romance novel” seminar. She wrote something during the day and was asked to read it in front of other participants. “It was a defining moment for me — I knew this was what I wanted to do,” McGregor says. She took that fabulous feeling home with her and began writing.

McGregor took more courses over the next year and finished her first book — a story about a midwife. “It’s very issue oriented, and although I think it’s lovely, it’s packed away in a drawer,” she says. Finishing the book proved to McGregor that her dreams were reachable.

Determination and hard work pays off

During the next few years McGregor explored every facet of the writing world. She joined various professional organizations and a critiquing group. Her hard work paid off. She’s had hundreds of articles, essays, and short stories published in Walking Magazine, Real Woman, Oracle, The Washington Post, and others.. McGregor’s romance novels, published by Zebra books, can be found at Wal-Mart.

Like any other full time mother, Sheri finds time for her dreams amidst the laundry, cleaning, and homework. “I don’t find time. I buy time from other things,” McGregor says. She doesn’t watch TV and spends as little time as possible cooking and cleaning. Her children attend three different public schools operating on different start, finish, and holiday times. Due to crime rates and no busing from the school board, she juggles her time to meet all their mandatory transportation needs.

“The kids are always in the background, but that doesn’t mean I’m with them,” McGregor says with a wry grin. “My kids can be saying “Mom, Mom, Mom” and I don’t hear them until the fifth time.” She may not hear the petty bickering while her nose is glued to the computer, but she’s right there if one screams out in pain.

But where does she go when she needs inspiration and time to be just Sheri McGregor instead of Mom?

“I can escape into my own thoughts just a few steps out the door,” she says. “To me, nature has a huge grounding effect.” McGregor enjoys all the different scents on trails just minutes from her house. “If I pass the pepper tree, I pull off a few seed pods and roll them in my hand then sniff. The sage that grows wild here comes in a variety of scents too, all calming and wonderful.” She listens to the eerie call of a hawk, the tweaky sounds of wild finches fluttering in a nervous flock from the bush, and the whistle of sandpipers that nest there when the rains make a river run through her property.

When her children were smaller, she remembers moments she needed to be alone but couldn’t leave the house. She walked in her closet and shut the door for a few brief moments of solitude. “To this day, that is still the only space that is completely mine.”

Despite the need to escape now and then, Sheri also relies on her sister and friends. They chat on the phone daily. “I feel like she’s my touchstone. We need take time just to be on our own and doing things we enjoy,” McGregor says. Simple breathers allow her to make the difference between working and fulfilling her dreams. “Last week, I met with a friend who also works at home. We had a cup of tea and spent about forty minutes just chatting,” she says McGregor concedes that she has more time to follow her dreams simply because her children are growing and don’t demand her time twenty four hours a day.

“It’s difficult to juggle everything, but as they grow, they’ve learned that what I do is important too.” She even schedules interviews in the afternoon when they’re home now. “And for the most part, they are respectful of my shut door.”

Now that McGregor has realized some of her dreams, what’s next? “I’m on the last leg of my current romance novel, which is turning into a bigger book than I had in mind when I started,” she says. “The hero is to die for, and of course, rich! The heroine doesn’t know that though. She’ll need to fall in love with him before she knows the size of his bank account.”

With another fiction book at a publisher under consideration she is also working on a few mainstream book proposals. During the year 2001, she’ll be president of her local chapter (San Diego) of Romance Writers of America. To fill those last few minutes of an already over-stuffed day, she writes short stories that she hopes to publish one day.

“What I’m really excited about right now is my Mothers Who Dream web site,” McGregor says. “Women are special people and we need to nurture and encourage one another toward our dreams.” McGregor proves without a doubt that dreams can turn into reality, and the result is worth the effort.

Get Your Credit Card Out Now: The Nordstrom Anniversary Sale Is Now Open to the Public

27 mins ago
by Tamara Kraus